Cities. You’ve heard of them, right? We live in them or near them, commute to them and through them, socialise in them, consume in them. Some of us love the endless kinetic energy within them, others choose to avoid them and stay as far away as possible. Some films and books tell us about ‘big city life’ as if it’s a monoculture, others warn us of the façade, and peel back the many layers of which cities are comprised.

Fiction rarely tells us about the process of making cities, and for those of us in the Western world the idea of a new city is strange – these concrete beasts are well established, often built organically over long periods of time. City builder games give us a chance to take part in this process, diving into the mind of city planners, and responding to the demands of environment and population.

There is great potential within these games for narrative, but it’s usually avoided. Cities: Skylines and SimCity give very little context for the player. For all their wonderful systems and abstractions of the complexities of life, they provide no story. Given the huge impact cities have on the world around them, it seems like a missed opportunity. City planners in particular are involved in everything that produces a city’s personality, determining economic gain and loss, the quality of residential life, and what gets preserved or reclaimed. Planning a city is more than just zoning and pouring concrete; it’s planning a society. It’s planning people’s lives. This is something Cities: Skylines and SimCity miss.

Per Aspera, however, understands the potential that city builders have to help us understand the complicated impact of large-scale construction, what it says about the people living in these cities, and indeed, the people who build them. Playing as AMI, a brand-new AI designed to terraform Mars and prepare it for human colonists, you have to reckon with the complications of your task. Do you want to nuke the polar ice caps using abandoned nuclear arms, or do you want to build an array of orbital mirrors? 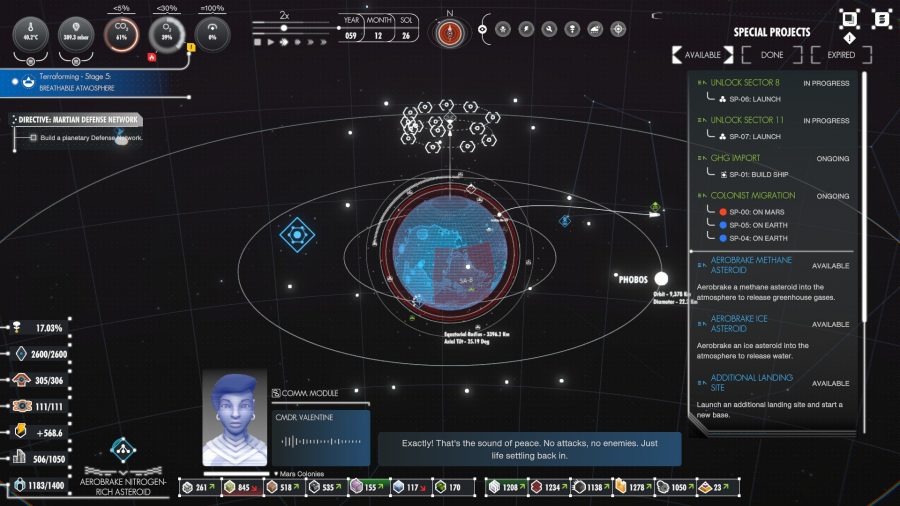 Depending on what you chose, your Mars base will develop in different ways. Later on, you are forced to reckon with more wooly, moral matters as your AI reckons with its responsibility: what is important, making your mark with your planning prowess, or causing as little impact to the red planet as possible?

Playing as a nascent AI contextualises these choices further – are you essentially a weapon of infrastructure for the Western forces that sent you there? When Chinese forces from Earth contact you, you see your decisions in a new context. Cities are never morally or ethically inert, so why make them that way in games?

In contrast, Frostpunk asks its players to make many tough choices through a playthrough based on the demands of the environment. Surviving the boreal winter means dealing with frostbite, amputations, and a starving populace. Like Per Aspera, the shape and construction of your city matters. Where you choose to supply heat shapes the city and affects the population dramatically. 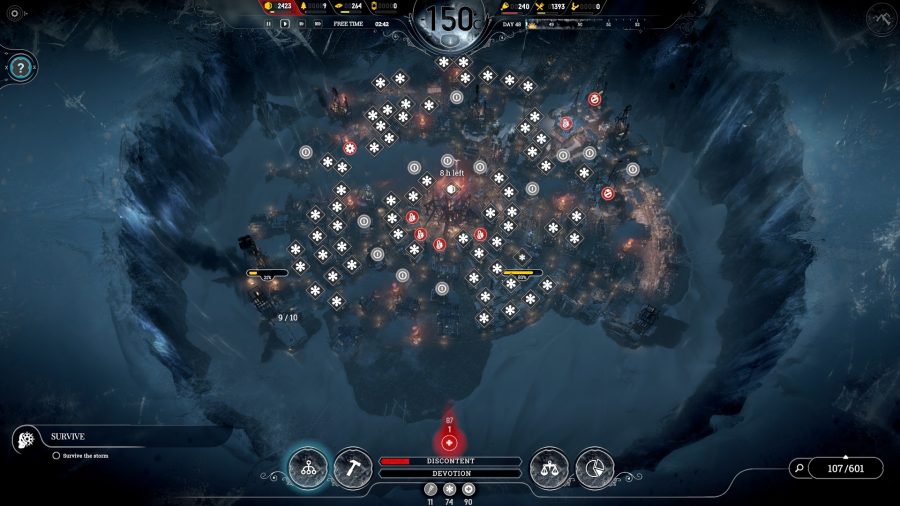 Over time, the game forces you to make changes to your infrastructure. Accepting new colonists comes with burdens. Are they ill, or unable to work? Your city needs to change to accommodate them, the weather bites into the fringes of your city, and weathering the final storm requires you to cannibalise everything you’ve created and shape your final settlement – these decisions are usually matters of life and death for your residents.

even systemic choices can be narratively charged

Shaping cities this way is something that is lifted from real life: the way cities are laid out sees them clustering shops and accommodation by necessity and desire. Buildings can’t be brushed aside with a click of a mouse – every choice has a consequence that runs long.

In Airborne Kingdom, you create a floating city that stalks the skies, scouring the land below for water, coal, and trees. Your subjects demand faith and clean living – they refuse to live next door to the industrial guts that give your flying fortress lift and propulsion. 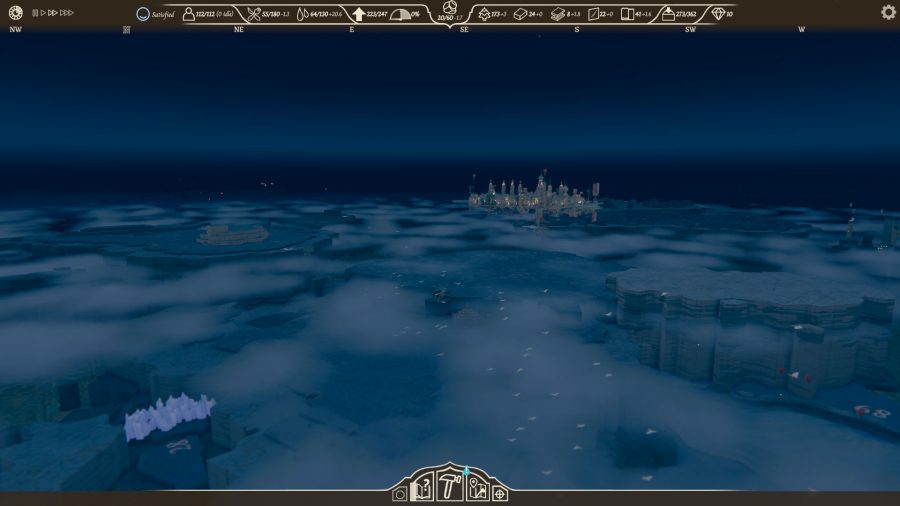 As you discover the world of the ground dwellers, you slowly pluck up colonists, becoming a mobile beacon of faith and enlightenment. It’s the inverse of the usual city, as you travel to resources rather than building around them. However, there are no real ramifications for failing your citizens, and the absence of their stories removes what ought to be the most important consequence of poor city planning.

On the rare occasion that the city builder is used as a narrative tool, it tells us things about the world and our place in it, how decisions are literally cast in stone for centuries to come. Per Aspera shows how cities evolve through choices based on responsibility, pursuing arcology or metropolist and how those choices can be a political tool. Frostpunk reflects on the way that the demands of the environment and people can forge the best and worst parts of a city.

Perhaps the genesis of the genre from ‘god’ games is the root of the problem, and that by allowing us to zoom so far out we forget that every road and every building is a page in a story for future generations. As our Ian Boudreau writes on the SimCity’s absent politics, “we’re accustomed to games allowing us to enforce our will on their worlds”. The city builders that do engage with these realities can educate us about cause and effect, and how even systemic choices can be narratively charged.