Civilization VI’s next expansion is out now. We’ve been playing it for some time, and while we found the new systems to feel a little insubstantial, we loved the new civs, as you can read in our Civilization 6: Gathering Storm review.

To help you make the most of some of the most distinctive and enjoyable civs in the legendary series to date, we’re writing a detailed guide for each. We’ll discuss each civ’s unique traits and offer a practical guide to making the most of them. If you’re a builder, conservationist, or diplomat, you can check out our existing Inca, Maori, or Sweden guides. But if that all sounds a little too peaceful for you, you’ve come to the right place – today, we discuss the Ottomans.

Nothing too clever or complicated here; the Ottomans are a domination civ with some straightforward yet powerful bonuses. The Janissary is one of the best unique units in the game, and pays for its brilliance with a single downside that is easily avoided, while more production to siege units is a huge boon that never stops being threatening. As with all domination civs, victory with the Ottomans is about getting the most out of these unique military strengths. Read on to learn how.

The janissary and Great Turkish Bombard are the Ottomans’ real MVPs. Janissaries are a fantastic unique unit – slightly stronger than Musketmen for a whopping half the production cost. Used well, they can build a very strong platform for global conquest, so you should prepare carefully for their arrival.

You need to build them in a conquered city, or you won’t be able to produce as many as you should. This means you need to take someone out of the game early enough to develop their best city into the janissaries’ future training ground, and that’s where Great Turkish Bombard comes in handy. Catapults are expensive when first developed, but your ability grants +50% production towards them (equating to a 33% discount). This never stops being extremely useful, as siege units are always among the game’s most powerful and costly, but it’s a particular boon when you need to take an early city. 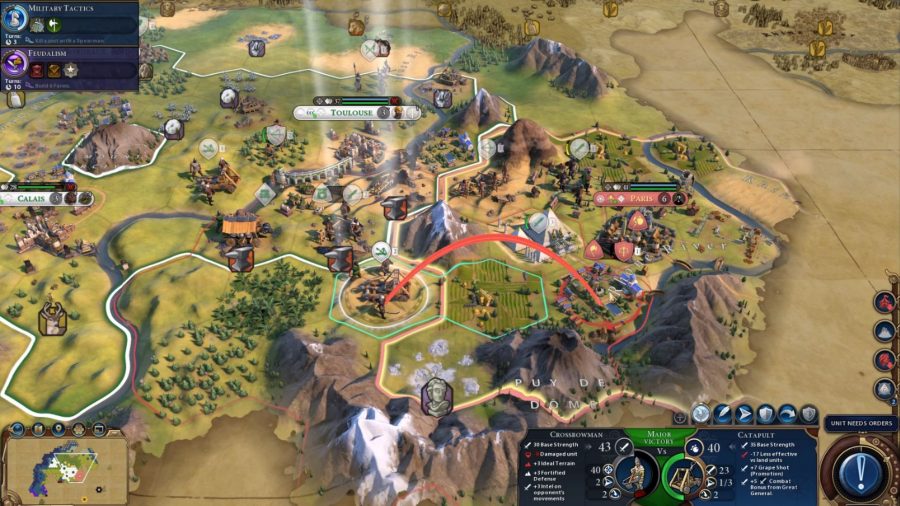 Your first district (or two) should probably be a campus. You want to get to catapults and then to janissaries as quickly as possible. Commercial Hubs should follow – domestic trade routes will help your conquered city grow, and a powerful economy is a necessity for a domination win, especially since you will have a lot of janissaries and they are cheap to build, but not to maintain. Ideally, the city (or cities) that will produce them should have industrial zones and encampments.

In case this sounds like a lot, bear in mind you don’t need to build too many settlers. Cities you conquer are more powerful than ones you found anyway, so why bother? The answer is to stockpile niter. Janissaries still need it, and you want as many janissaries as you can produce. When gunpowder finally unlocks, make an immediate survey of the niter in your territory and elsewhere on the map. Settle new niter piles as appropriate. It’s not a bad idea to have a settler ready to go – or the gold reserves to purchase one – before you hit gunpowder. 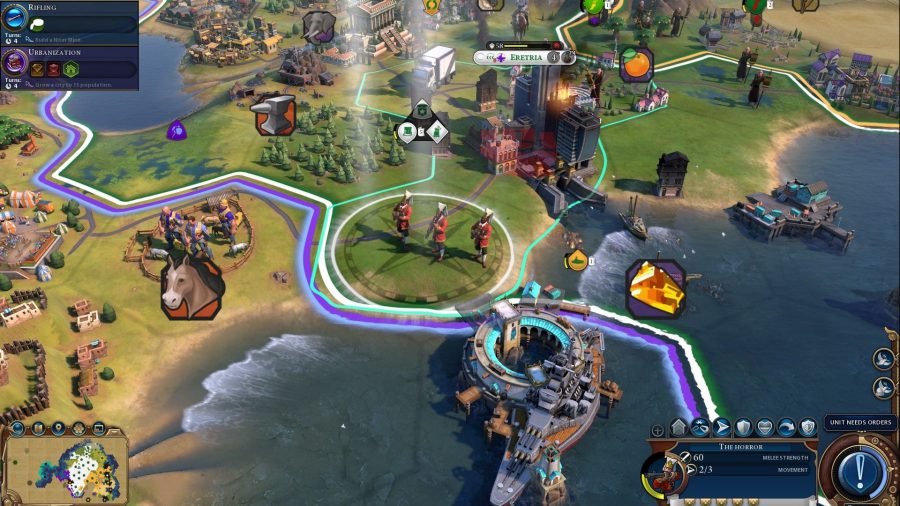 Keep an eye on the resources in each city – those that have good access to resources will benefit from the Grand Bazaar and thus are a higher priority for Commercial Hubs. Grand Bazaars in cities with a strategic resource that is not niter have a reasonable chance to provide niter, and don’t underestimate the value of the amenities they can offer. Cities you conquer get +1 amenity under your ability anyway, but any further sources are welcome, since you’ll be doing a lot of fighting and can thus expect a lot of war weariness.

On that point, Ibrahim is a great help in many situations you’re likely to encounter. Say you’re taking out a military rival, ignoring the happy, populous, cultural civ on your other border; say you’ve taken someone’s capital and are moving on to your next target while leaving them alive; say you’ve bitten off more than you can chew and need to rest and repair without fearing reprisal. Ibrahim can help with all this by reducing grievances and nullifying loyalty pressure. 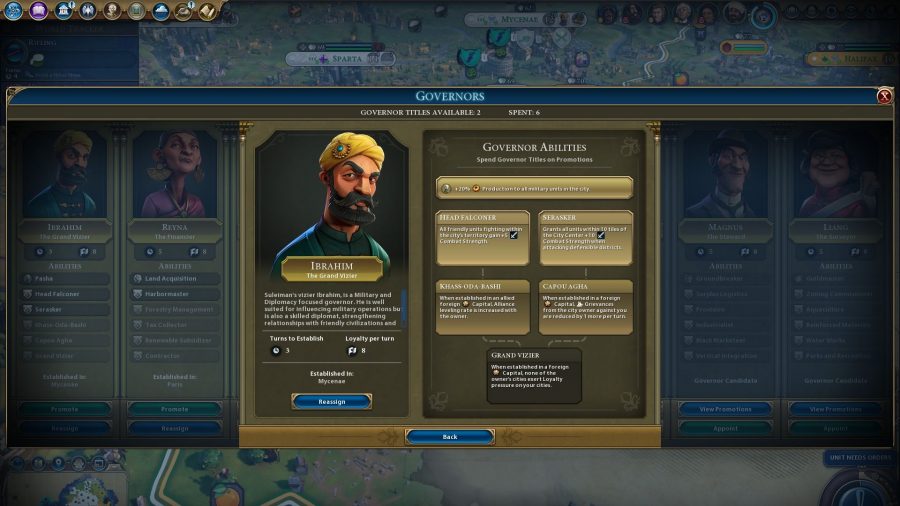 Culture is very much a secondary consideration, but prioritise the Nationalism civic as far as you can – combining janissaries into corps will help you use them more efficiently and keep them competitive with Industrial Era units until you can upgrade them to Infantry. Religion can be safely ignored, as can the Barbary Corsair, to be honest. It’s a slightly faster privateer that can raid coastal tiles more easily – big deal.

Provided you can get to janissaries early and field them in numbers with reinforcement from your cheap siege units, you can be the deadliest civ on the planet until well into the modern era. Janissaries arrive at an ideal phase in the game, with few practical counters – even cavalry are only two points stronger. The only thing to really watch out for is the Cuirassier, Gathering Storm’s new upgrade for the knight – if your next target is fielding them, add a few pikes and shot to your military mix, and upgrade them to AT crews as soon as possible.

Miss any news? Here’s everything Gathering Storm adds to Civ 6

Otherwise, standard domination strategies apply – kill everyone you can while janissaries are still relevant. Prioritise the biggest threats, then consolidate your gains, upgrade your armies, and repeat. Keep your janissaries alive and they’ll be just as lethal when upgraded to infantry, given all the experience they’ve had, while your ability to crank out cheap siege units at any stage of the game is never anything less than a huge threat. If you’re looking to win with a different type of victory, see our guide to the best Civ 6 leader for each victory type.