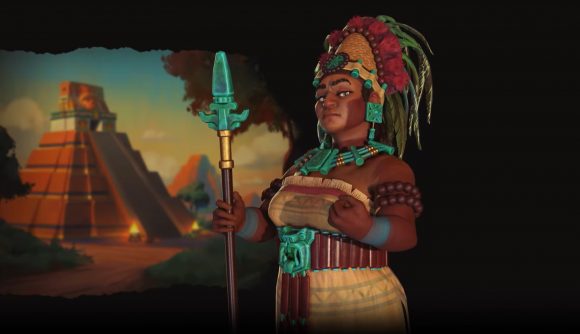 Civilisations in Civilization VI express their unique offerings in a number of ways: the bonuses associated with a specific Civ 6 leader (which are usually expressed via an ability, but can also be other things), the unique ability of the civilisation itself, and the unique units and infrastructure that come with each civ.

Different civs draw their core strengths from different parts of this holy trinity, but every civ’s unique units and infrastructure always have an active impact on the game. Now that we’re at 50 civilisations as of the end of the New Frontier pass, Civilization fan Mobius_Peverell has put together an infographic showing when each civilisation’s unique infrastructure and unique unit unlock.

There are some pretty interesting things to note about the results, which have been ordered so that unlocks are grouped via era. America is the only civ to unlock something in the Atomic era (the unique unit), and no civilisation has an unlock after that. The most unique unlocks occur in the Ancient era with 28, and there is a slow, then sharp, decline as you go through the eras: 24 in Classical, 20 in Medieval, down to 13 in Renaissance and by the time you get to the Atomic there’s only one.

Mobius themselves noted a few things as well, namely around the gaps between when an infrastructure and when a unit unlocks, and that only the USA and Canada have unlocks that start in the Industrial era or later. It’s also worth noting that this graphic does not take into account unique units that come from leaders, such as England’s Queen Victoria.

Related: Check out all of the Civ 6 DLC available

No one knows what’s next for the Civilization series. Firaxis hasn’t commented yet on whether it wants to work on a new season pass, a new expansion, or simply move on to Civilization 7 instead. The studio recently released an anthology bundle that gives you access to everything, though.