Counter-Strike: Global Offensive’s map Cache got a rework only recently, giving it a new overgrown look that makes it more closely resemble the town of Pripyat in the Chernobyl Exclusion Zone. And while Valve’s Source is certainly a reliable workhorse engine, it doesn’t really compare visually to the powerhouse that is Unreal Engine. The difference between the two can be seen in this Unreal Engine Cache, created by Indian art studio 13 Particles.

As our sister site The Loadout reports, 13 Particles has reimagined the original version of Cache, but rebuilding it from scratch with all-new textures and a new weathered look. While the community rework of Cache that you’ll find in the game now features a lot more plant life covering the floors and walls, 13 Particles goes more for peeling paint, cracked pavement, and rust on… pretty much everything.

It gives the location a very different feeling, thanks in part to the stark light and shadows rendered in Unreal tech. The harsh daylight beats down on the cement and bounces out of muddy puddles, leaving dark, inky shadows behind walls and even between the corrugations on the shipping container.

Here it is, in all its glory: 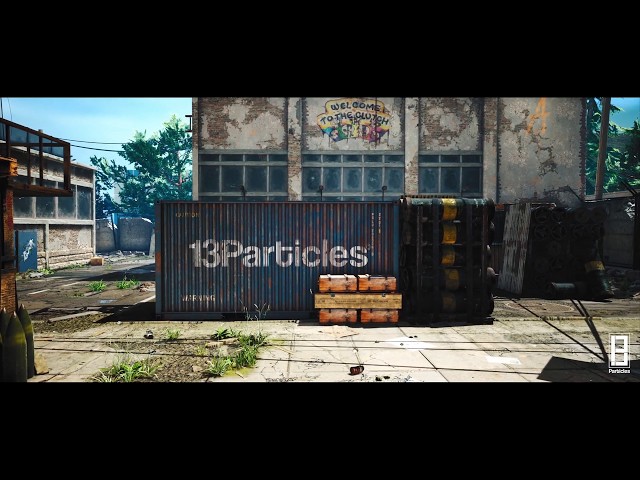 13 Particles says it was inspired to do the recreation based on Wiktor Öhman’s Unreal remake of Dust II. The studio created its own textures, models, and shading for the remake, and also used various assets provided by Megascan image libraries.

You can find more of 13 Particles’ work by following its Instagram account or visiting its ArtStation page. For more great shooters like CS:GO, check out our list of the best FPS games on PC.