As with so many things about Valve’s behemoth FPS game, CS:GO ranks are hard to wrap your head around when starting out. There is little in the way of in-game explanations to help you figure out how to get started with CS:GO rankings. It doesn’t help that earning your stripes will take a lot longer than in other competitive first-person shooters like Rainbow Six Siege and Overwatch, either.

CS:GO has continued to grow, now touting a concurrent player count of over one million during peak hours. That means there are a lot of new players learning the ropes and trying to adjust to one of the least forgiving multiplayer games of all time and gain CSGO ranks.

With 18 ranks, a lengthy road to getting ranked, and then the never-ending task of improving your rank lying ahead of you, we thought you could use a helping hand – here is a breakdown of CS:GO’s ranking system.

The 18 CS:GO ranks are as follows:

Silver I marks the very lowest rank you can achieve in CS:GO, while The Global Elite rank is reserved for the very best players in competitive Counter-Strike. As you can see, the biggest ranking clusters are Silver and Gold, which means you have to be pretty talented to reach the higher tiers like Master Guardian and Legendary Eagle. 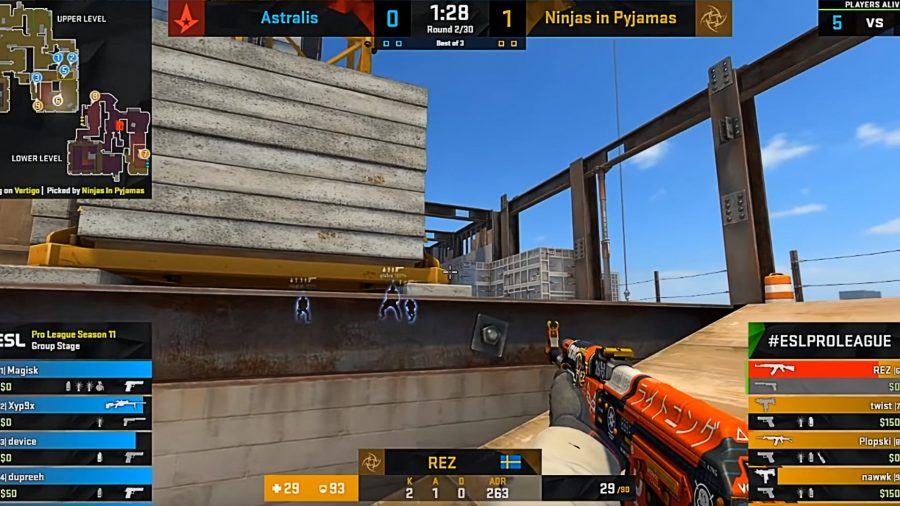 How to get ranked in CS:GO

Earning CS:GO ranks first requires you to reach level two by playing any of the standard game modes: Deathmatch, Demolition, Arms Race, and Casual. Once you have reached level two you will be able to access ranked matches. You will need to win ten matches in order to get ranked in CS:GO and while you are not ranked you will be thrown into games with a broad mix of skill levels – this is very intimidating, but is necessary for the game to figure out which rank you belong to.

Even if you win all ten initial matches without slipping up, the highest initial rank you can get is Legendary Eagle Master. It is also worth noting that you can only get two wins per day while in the process of earning your rank – this is to deter smurfs and hackers. Once you have earned those first ten matches you will receive your CS:GO rank, which you can spot to the right of your username when viewing the match scoreboard.

What the CS:GO ranks mean

With 18 CS:GO ranks, figuring out exactly what that means in terms of skill can be pretty tricky.

The busiest tier of CS:GO ranks is gold nova, with the average player weighing in at Gold Nova II, but do not expect to be anywhere near this if it is your first attempt at ranking. New players will likely wind up in one of the silver ranks, which is defined by a high number of smurfs and new players with a very basic understanding of the game, maps, weapons, and economy.

Novas are the next tier of CS:GO ranks. Novas range in skill, but generally have a basic understanding of advanced components of CS:GO like recoil and spray patterns, not to mention popular smoke and flashbang spots. Due to the high number of players in Gold Nova ranks, this is proving grounds for good CS:GO players, holding back those players with good aim but no sense for the game’s meta.

Master Guardians are the next tier and represent those CS:GO players with a full understanding of the game and its many tactical and gameplay nuances. Ranking higher than this, such as Supreme Master First Class, is all about finessing that skillset to the point of perfection. 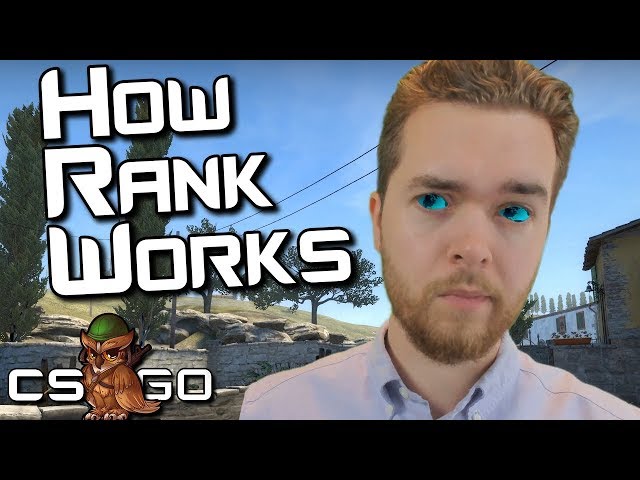 How to rank up in CS:GO

Getting kills and consistently earning MVP status will only play a very minor part in your quest to rank up in CS:GO. Why? Wins matter above all else in CS:GO’s matchmaking system, which is based on chess ranking systems like Elo and Glicko-2. For obvious reasons, 1v1 chess ranking systems do not work perfectly in 5v5 shooters, hence the high impact of a player’s win/loss ratio on their ranking.

Another key factor in CS:GO’s ranking system is whether or not your team should, based on your collective matchmaking ranking (MMR) compared to that of your opponent, win or lose the match. Put simply, if you are against a team with a higher MMR than you and win your numerical value will increase much more than if you win a match against an opponent you’re expected to beat.

Wins are the best and fastest way to rank up in CS:GO, although you can mitigate deranks somewhat by maintaining a high K/D ratio. To rank up quickly you will need to join a squad of like-minded, skilled players who share your desire to ascend to the lofty heights of Global Elite. This also means avoiding trolls and griefers, which is always a positive.

The system is actually a lot more complicated than this and includes metrics for how often and how consistently you play. Huge play sessions might feel like a good way to rank up, but for each game you play in a row the amount of points gained or lost is decreased. Playing one or two games a day, every day, for a week, is worth more than squashing all of those games into one horrible play session. It’s also probably a lot better for you.

Lots of players complain about not ranking up after a huge win-streak, but the reason could simply be that the last few wins in that streak were worth much less than the first two or three wins.