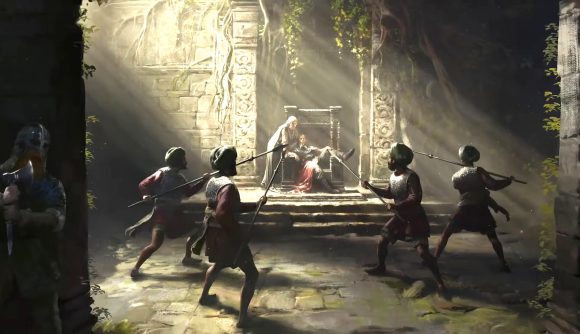 Another week, another Crusader Kings 3 dev diary. We’re expecting news of the next CK3 expansion to drop during PDXCon Remixed later this month, but in the meantime the development team is focused on the upcoming free patch, which is codenamed ‘Azure’.

Originally, this was going to be patch 1.3.x (with the ‘x’ undefined at the time this news was announced) but given the scope of the update is bigger than a hotfix or a simple bugfix pass, the development team has upgraded it to a new version patch instead. Say hello to patch 1.4 ‘Azure’!

As well as the reported changes around same-sex relationships, Azure will also be looking at improving trait interaction with the stress mechanic, along with improvements to AI behaviour in warfare. For example, characters with the ‘shy’ trait will no longer generate stress when launching a personal scheme, and ‘diligent’ characters will get a new decision where they can give their capital a development buff, but it will cost them additional stress. There are some non-stress related trait improvements as well, such as ‘arbitrary’ characters being able to dismiss hooks others have on them for a prestige hit and some tyranny.

The warfare changes will improve army pathfinding, especially over long distances, and make sure the AI divides their forces better, especially in allocating the right units to sieges. 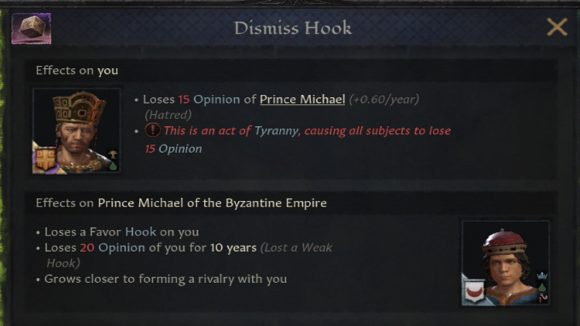 If you’re interested, there were some other things confirmed via the dev diary as well. Patch 1.4 will not be dropping alongside the new expansion, and any timetable with regards to features hasn’t changed. The only thing that will have changed with regards to the schedule is the name of the patch associated with the feature, such as mod improvements.

This will mean though that existing Crusader Kings 3 mods will need to be updated a bit more thoroughly to reflect the version change. PDXCon Remixed is May 21 – 23, and we’re expecting a range of announcements, including Victoria 3 (maybe).