Wondering how to raise levies in CK3? In case you’re new to Crusader Kings 3, levies are an essential part of any war plans. Levies are, to put it simply, conscripted soldiers from your kingdom or holdings. Just as all parts of your realm raise taxes for you, any holdings you or your vassals have also contribute a set amount of levies that you can call upon in times of war.

Levies themselves are not particularly strong and are the most basic soldier you can get in Crusader Kings 3, boasting just ten damage and ten toughness. However, considering you can amass a few thousand of these from your holdings in a matter of days, they’re a vital resource for attacking and defending.

Any of your personal holdings will always produce the maximum number of levies, while the number of levies drummed up by your vassals depends on the feudal contract you hold with them. In this guide, we’ll break down the very basics of how to raise levies, and how to increase the number of levy soldiers that you are able to raise at any given moment.

How to raise levies in CK3

If you’re just looking for how to ‘activate’ your levies and turn all of those random villagers into an army then there are a couple of means depending on the situation. If you’re at war with someone or have recently had war declared on you, then the simplest way is to simply select the “raise all armies” button that should pop up at the bottom of your screen as soon as the proverbial hits the fan. This will prompt all of your available levies and other armed forces to move toward wherever your rally point is set. 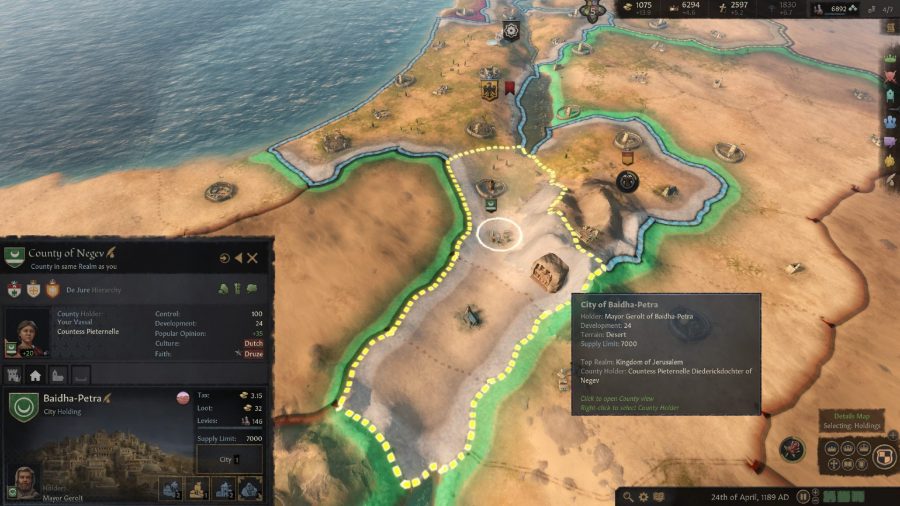 Unlike CK2, your levies in Crusader Kings 3 will appear wherever you’ve set your rally points. Depending on how big your realm is, it may take them several days (or even weeks) to all arrive there, but you won’t be watching them all make their way from across your territory. If you have more than one rally point, your levies will try to divide themselves up roughly equally among them.

You can also do this at any time, including peace time, by heading to the military tab and clicking the same “raise all armies” button. However, you can’t declare war with your army raised – that’s simply unsporting.

How to increase your levies in CK3

So you know how to get all your levies together and wage war with them, but how do you get more levies?

There are plenty of ways to increase your levies in Crusader Kings 3. The bulk of your levies come from either your holdings or the holdings of your vassals.

Vassals all have different strengths, weaknesses, and values that determine how much money and how many levies they can raise in their holding. You also have a feudal contract with each of your vassals that will determine roughly what pressure you’re placing in them in terms of providing taxes or levies. Therefore, picking the best vassals for raising levies, increasing the number of vassals in your kingdom, and making sure your feudal contracts with them are providing as many levies as they’re happy with is key to raising that number.

As levies also come from your personal holdings, improving these with buildings and upgrading them will also net you more levies. Any levies coming from personal holdings are also loyal to you, so it’s great to have a good stock of these to quell any rebellions.

Some players have reported difficulties replenishing or reinforcing their levies. Whether it’s a bug or not is currently unknown, but you can easily replenish your levies by selecting the ‘raise all armies’ option again.

We’ve also got a quick primer showing you how to raid in CK3, not to mention a full Crusader Kings 3 review to read if you’re looking for some verdict validation. There’s even a buzzing CK3 mods scene if you’re that way inclined. For more like this, check out the best strategy games on PC, and the best 4X games for a slightly different type of scheming.