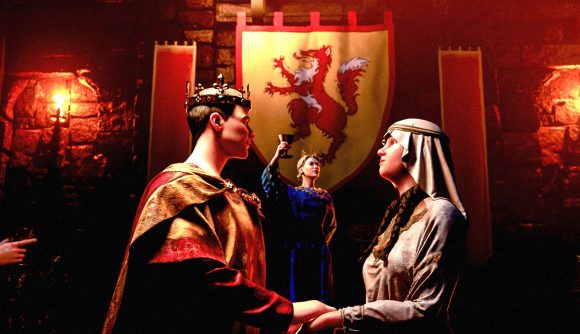 Crusader Kings III players are going to have to wait until next year to dig into the grand strategy game’s first expansion. The Royal Court DLC, which adds heaps of new features like a new dueling system and a 3D throne room, needs some more time in the oven while Paradox irons out some stability issues and other stubborn bugs.

Paradox community manager Pariah explains in a forum post that the team is “not entirely satisfied” with the Royal Court DLC’s progress and that it’s decided to take more time in order to address several issues that have proven thornier than expected.

“There are a number of bugs we really need to iron out, and are taking more time to make sure it is in line with the standards you expect,” Pariah writes. “We also understand the frustration that delays cause, but we would like to make sure we are always as forthcoming as possible and that you hear the news directly from us.”

The DLC will be coming out sometime next year, and Pariah says the team should have news about a specific release date “soon”.