Bad lip-syncing and facial animations stand out like a sore thumb and can turn any game into the butt of countless jokes. Games with smaller casts and the required resources can rely on facial motion capture, but this approach isn’t particularly viable when you have to bring hundreds of distinct characters to life.

The Witcher 3 is very much an example of the latter, though CD Projekt Red was still able to make both its leads and countless NPCs appear, well, human. That said, the technology is improving every day, and the team has gone one step further with Cyberpunk 2077.

In a video breakdown of the game’s approach to facial animation and lip-sync generation, CD Projekt Red’s Mateusz Popławski explains that, with Cyberpunk 2077, the team set out to achieve “better quality lip-sync than The Witcher 3 with muscle-driven emotional expressions.” The improved facial animations apply to every single character in the sprawling Night City. But what’s perhaps most intriguing is how the system adapts specific animation elements, such as facial inflections, to suit each of the game’s ten supported languages. 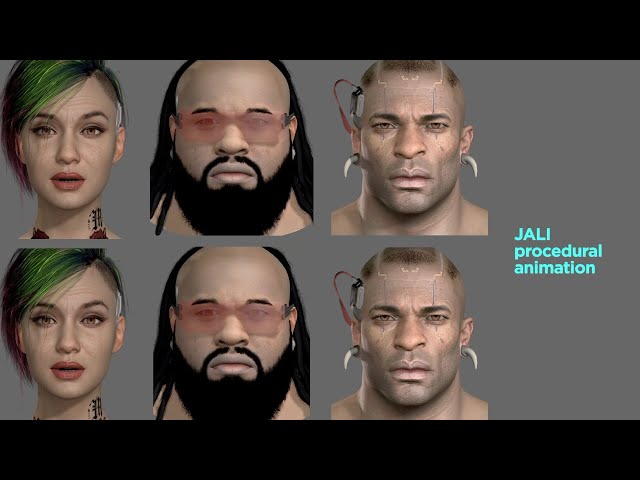 The technology behind this feat is called JALI, and it allows animators to generate “hours of high-quality, scalable, and multilingual speech and facial animation in minutes, including expressive animation of eyes, blinks, brows, and head/neck motion”.

The Cyberpunk 2077 release date is now just a month away, but if that’s still too long a wait, perhaps our info on the game’s map, factions, and vehicles will be enough to tide you over. Alternatively, it might be wise to check out our list of the best RPG games on PC. And, for your daily dose of Keanu Reeves, why not give the game’s latest trailer a watch?