We’re going to level with you here, Cyberpunk 2077’s Night City doesn’t sound like the nicest of places to live. It’s full of megacorporations that see the locals as walking ATMs, and gangs that regularly hassle the law-abiding locals who are just trying to get by. If we were a tourism board, we’d say that Night City ranks rather low in the list of must-visit destinations.

But you’re no tourist are you? You’re trying to make a name for yourself on the streets and therefore need to know all you can about each one of the factions. You want to ensure you don’t land yourself in hot water with gangs like the Valentinos and the Tyger Claws, while also doing deals with the three megacorporations: Arasaka, Militech, or Kang-Tao.

Some gangs have a more dedicated focus too, like the beefy Animals who pump their veins with muscle enhancing drugs, or the cybernetic obsessed members of Maelstrom. There’s a fair few corporations and gangs in total, so we’ll be going over all their turf locations, the kinds of people they are, and what kind of enemies you’re likely to face.

With each of the gangs, there isn’t a dedicated reputation system, and there’s no real factors to consider with each faction in terms of gameplay. All gangs affect is the types of enemies you’ll face when taking on a gig in any of the Cyberpunk 2077 districts.

So say a mission asks you to steal an item from Santo Domingo: enemies here are likely to be 6th Street Gang members. Gigs that need you to surf the web will put you up against Voodoo Boy netrunners, while jobs on the outskirts put you at odds with either the Aldecaldos or the Wraiths. 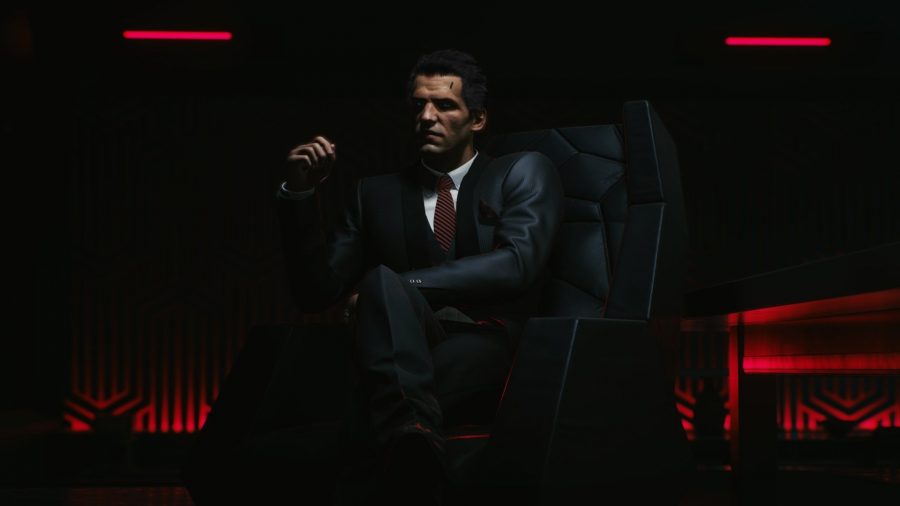 If anyone ruled over Night City, it would be these three companies. All of them are firms that supply firearms or other such technology to their clients, but are simultaneously rather shady businessmen. If we didn’t know any better, we’d say they’re no better than the gangs in each of the districts. They’re not as explicitly brazen as gangs though, since they tend to operate under the radar.

Arasaka is one of the biggest megacorporations in the world. Its business model is mostly legitimate too, offering corporate security and elite-level banking services for top clients.

Its corporate image however is but a façade for its dodgy dealings, with plenty of ‘off-the-books operations’ executed by hired mercenaries and agents on the field. They rule Night City with a metallic fist.

Established as far back as 1996, Militech is the main corporate rival of Arasaka. They supply top-quality military weapons and equipment, operating on a global scale. They’re highly successful because they deal with all sorts of clients without judgement.

It doesn’t matter if they’re peace-keeping forces, nations trying to establish themselves, or nefarious private clients. Through its network of private contractors, its aim is to sell wares to the highest bidder, no matter the client’s moral compass.

Founded just 27 years before the events of Cyberpunk 2077, Kang-Tao is a Chinese firearms company that specialises in smart weapons in Cyberpunk 2077. These are becoming more popular in Night City by the year. Not much else is known about this new megacorporation, though they employ the largest number of people in the city. 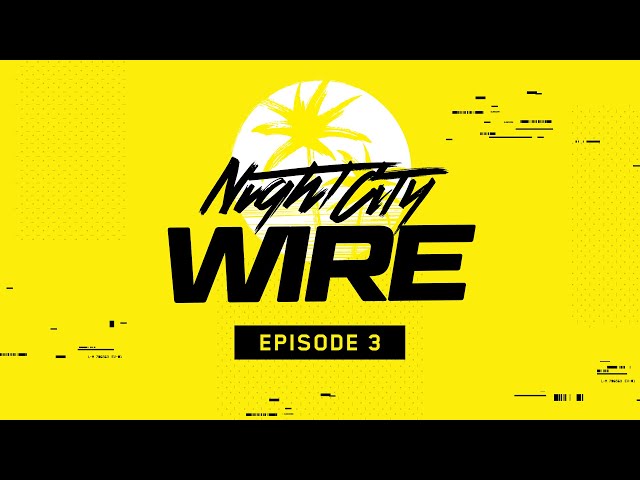 In addition to the three megacorporations that dominate Night City, there are also ten smaller gangs, each with their own territory. Some reside in Night City itself, mostly keeping to just one area, but there are others who make their home in the desert outskirts called the Badlands.

Most commonly found in Japantown, the Tyger Claws run a mixture of legitimate businesses and less-than-legal rackets in the red light district. They’re essentially the Yakuza in all but name as they are tattooed gangsters that will make their victim’s wallets bleed by offering them a ‘good time’.

Of course, if their victim decides to make them angry, the Tyger Claws will make the victim themselves bleed instead by slicing away with their katanas. They’re not exactly above lopping off a few limbs here and there to send a message. 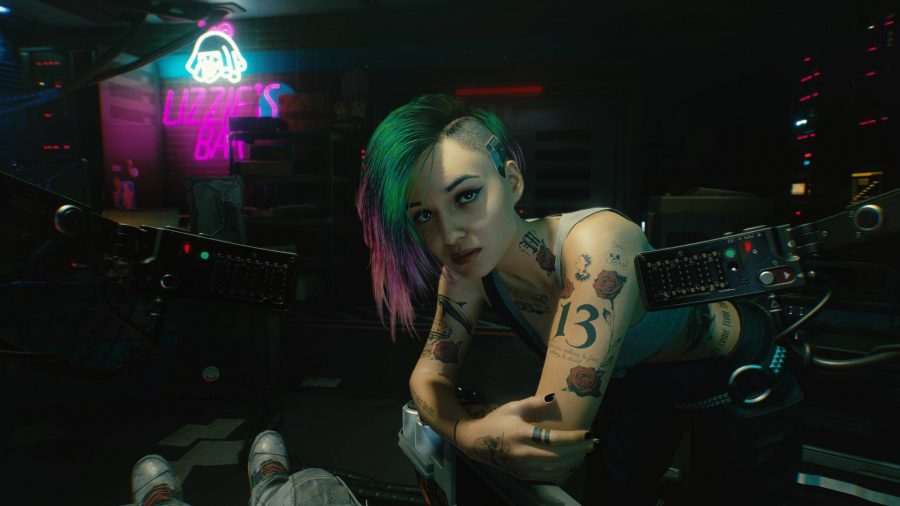 While they’re nowhere near as big as many of the other gangs, The Mox are an assortment of sex workers, punks, anarchists, and others who were inspired by Elizabeth ‘Lizzie’ Borden, who was a stripper that became a strip-club owner.

The Mox was founded as a group inspired by Lizzie’s actions while she was alive to harbour the vulnerable from violence and abuse from others. That said, their brand of ‘protection’ isn’t free, nor do they eschew from violent and shady deals to further their cause.

This nomadic gang began as a response to the death of Elder Aldecaldo’s son – Juan, a beacon for the outraged migrants in the Los Angeles area. While the elder has since passed away, the rest of the Aldecaldos find themselves camped just outside of Night City.

They’re experts in scavenging and smuggling, and are willing to do favours for those willing to pay. They mostly live in converted RVs and spend any time that they’re not working for others tinkering their juiced-up cars. The Aldecaldos do occasionally enter Night City, but the vast majority stick to their nomadic roots.

Originally, the 6th Street Gang were seen as the good guys, standing up to any corporation or gang that would harass the local citizens. They stood in when the NCPD refused to interfere, but this mantra is no more.

They’re now a rather hypocritical organisation that runs the streets of Santo Domingo, stepping over others in order to serve their own desires in a self-righteous manner.

If any gang is like a Mexican drug cartel, it would be the Valentinos. The streets of Heywood are decorated with colourful murals and shrines that are all devoted to Santa Muerte (Saint Death).

When night falls, there are full-on street parties and big drag races to keep the locals entertained. They’re a fun-loving bunch, but will come down hard if you decide to cause trouble.

These techno-nerds love Cyberpunk 2077 cyberware. They think that being more machine than man is worth all the trouble they cause, implanting their bodies with all sorts of powerful and highly illegal cyberware. They fund their cyber accessory habits by smuggling, executing heists, and taking on hit jobs.

Naturally, they’re quite good at it, though this largely has to do with their cyberware. Crossing them is not exactly wise, given that the last thing you’ll see will be the cold glare of their blood-red cyber eyes. 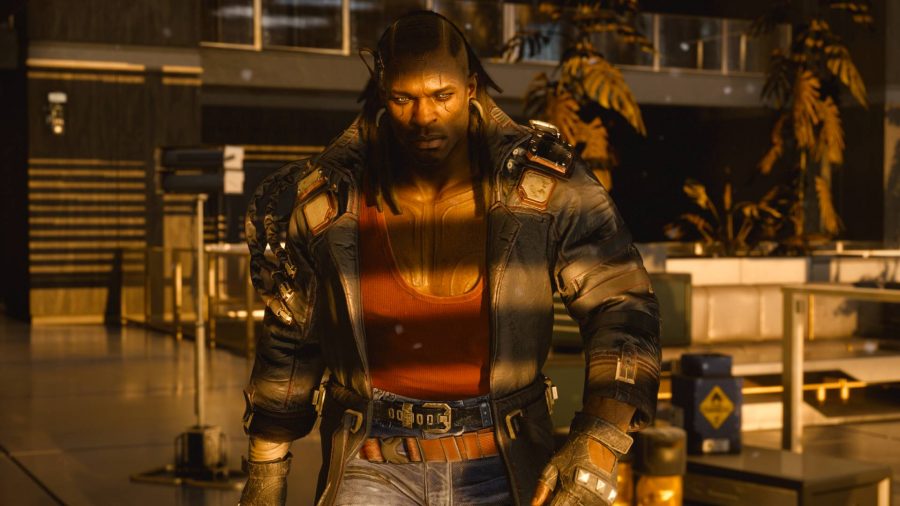 While the Maelstrom love enhancing themselves, the Voodoo Boys want nothing more than to jack into the Net to get the job done. These elite netrunners are hackers who uncover information that would otherwise be impossible to crack.

Given that their lives are mostly on the Net, they’re deeply paranoid when it comes to strangers, particularly those knocking on their door in Pacifica.

Estimated gang size: 2,500 – 3,000
Turf: None officially, but they’re often work as bouncers and bodyguards throughout the city

These meat-heads are obsessed with bulking up what they already have, rather than enhancing their bodies with cybernetic enhancements. That’s not to say that they don’t pump things into their bodies to maintain their mass, they certainly do just that.

With a dependency on steroids and supplements, they’re more than a little susceptible to roid rage. They’re often hired as muscle to intimidate and extort others for their clients, or just beat up anyone who gets ideas above their station.

If the Aldecaldos are nomads, the Wraiths are exiles who violated the strict customs of those living their lives on the road. As such, the Wraiths are bandits who cloak themselves with ghost-like garb, terrorising the other nomads with their raid parties.

They’re no strangers to blowing things up with rocket launchers or heavy guns to get what they want. They don’t really garner much attention from those inside of Night City, but on its outskirts, the Wraiths are the scourge of the land.

Seen by many as the scum of Night City, the ‘Scavs’ are like vultures picking off implants from their unsuspecting victims. Their sole aim is to sell the wares that once were attached to parts of another person’s body to the highest bidder. Scavs don’t care who they take gear from: gang members, corporate bosses, even innocent bystanders, they’re all just easy pickings. Scavs also have no loyalty, so don’t be too surprised if you find a Scav, who just hours ago sold you a new arm, violently ripping it off again while you sleep.