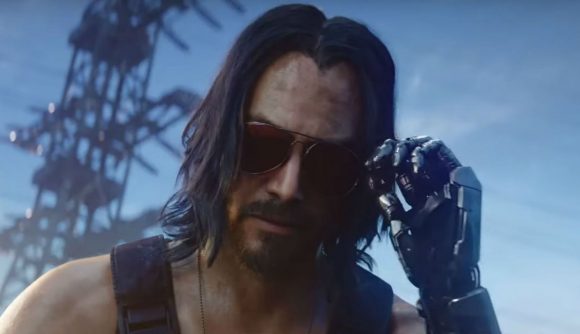 Cyberpunk 2077 might be delayed to September but there’s some good news for players excited for the upcoming RPG game’s arrival – it’s getting its own range of Funko Pop figurines. Introduced at the recent 2020 London Toy Fair, the Funko Cyberpunk 2077 selection features male and female interpretations of V, the player character, as well at two – yes, two – Johnny Silverhand figures, so now you’ll be able add Keanu Reeves Pops to your shelf.

As spotted by GameInformer, there are four Cyberpunk 2077 Funko Pops revealed so far, with options to grab two versions of V as imagined by developer CD Projekt Red, and seemingly based on the male and female appearances seen in the game’s trailers and promo artwork so far.

As Cyberpunk 2077’s character customisation options will be pretty extensive, it’s likely your own interpretation of V will look quite different, but both figures reflect the core feature of the dystopian RPG – the cybernetic enhancements you’ll be able to make to gain special abilities and skills.

The two Johnny Silverhand Funko Pop figures show his mechanical left arm and come in two poses – one kneeling à la the Cyberpunk 2077 trailer – and the other in an action pose, with pistols and sunglasses. Check the figures out below:

GameInformer reports the figures are expected to arrive in stores on April 16, the original Cyberpunk 2077 release date, though the game’s launch is now been pushed back to September 17.