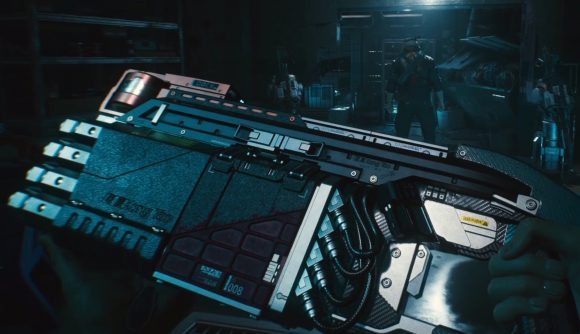 We got a fresh look at some of Cyberpunk 2077’s arsenal in today’s episode of Night City Wire, the occasional drip-feed of mind juice that CD Projekt Red uses to keep us charged up with hype for its upcoming open-world game. The weapons run the gamut from a thermal katana to an electromagnetic sniper rifle, but one stood out in particular: a ‘smart’ shotgun with eight barrels, each of which can track a different target with a separate projectile.

Pawel Kapala, senior gameplay designer on Cyberpunk 2077, discussed a few standout weapons in the game, and one of them is essentially a shotgun made of aimbots. It’s made by Kang Tao and has eight barrels, each of which fires a smart projectile that can track a different target. “Killing an entire room was never simpler,” Kapala says.

Sure, a shotgun with guided munitions may strike purists as flying in the face of shotgun tradition, but this ridiculous Kang Tao model is just one of the weapon types that will be available in your suite of Cyberpunk 2077 gear.

Cyberpunk 2077 weapons are divided into three broad categories. There are power weapons, which are the most similar to conventional firearms of today – with the added ability to deliberately ricochet bullets off solid surfaces.

Here’s the full episode, which gets into more detail about lifepaths and Cyberpunk 2077’s music as well: 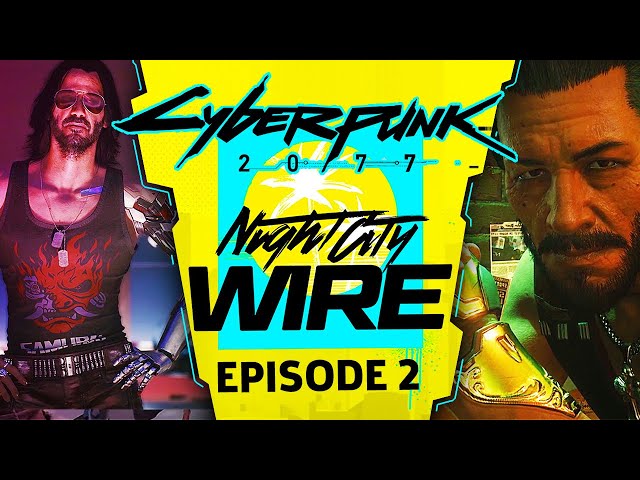 Then there are tech weapons, which use electromagnetic power to send projectiles through cover and other materials – in other words, portable railguns. Finally, there are smart weapons which, as you might guess, accept munitions that can find their own way to their targets.

All of these will come in various rarities and accept mods in the form of attachments and software upgrades.

By all appearances, Cyberpunk 2077 has a fairly robust RPG weapon system, although if you cut through the Night City Wire production, what you’re left with is the kind of customisation options and variety we’ve come to expect from a modern role-playing game.

The key question will of course be how they feel in the hand, and we’ll find out about that when the Cyberpunk 2077 release date rolls around in November.