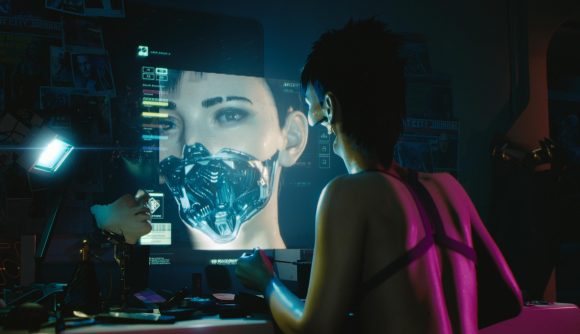 With pervasive bugs, poor performance, and refunds dominating much of the discussion around Cyberpunk 2077, it’s probably little surprise to learn that CD Projekt Red’s open-world game has seen its player count drop much faster than we saw with the developer’s last big RPG game, The Witcher 3: Wild Hunt. However, while players may not be spending as much time in Cyberpunk 2077, plenty of people are still buying it: Cyberpunk 2077 has now been Steam’s top-selling game for seven weeks in a row.

However, it’s important to note the starting figures for both games, which are hidden by the percentages. While it’s true that Cyberpunk 2077’s player count has dropped precipitously since launch, it had a lot further to fall: it debuted on Steam as the first single-player game ever to have more than a million concurrent players on the platform.

Even with the sharp drop-off, that leaves Cyberpunk 2077 with a pretty comfortable playerbase – as of this writing, the game had a peak of 158,702 concurrent players on Steam over the last 24-hour period. That’s significantly more concurrent players than The Witcher 3 has ever had on Steam – its all-time peak player count stands at 103,329.

Despite the negative publicity due to its buggy launch state, Cyberpunk has continued to sell well on Steam. For the week ending January 3, it was still Steam’s top-selling game, maintaining the top position it’s held since the week that ended November 22.

Even with players – particularly on consoles, where Cyberpunk 2077’s performance is reportedly far worse than on PC – seeking refunds, CD Projekt Red said the game had sold 13 million copies by December 22, and plans remain in place to begin rolling out free downloadable content early this year.