When we last heard about Dark Envoy, all we had to go on was some early concept art and screenshots, and developer Event Horizon’s previous RPG game, Tower of Time. Today, the Polish studio has released a new trailer that introduces Dark Envoy’s lead characters – a brother and sister team named Malakai and Kaela, who set off on a journey spurred on by a calamity.

Dark Envoy takes inspiration from a host of familiar sources but aims to turn RPG conventions on their heads – at least, that’s Event Horizon’s stated goal. The action itself centres on pausable real-time combat that you can play alone or with a co-op partner. The non-linear story requires careful planning at each stage of the journey, since the game’s magic-infused sci-fi world doesn’t stop changing while you’re off exploring another planet.

It’s clear Dark Envoy has taken a few cues from games like Divinity: Original Sin and Shadow Tactics: Blades of the Shogun. However, the swashbuckling mix of sci-fi planet hopping and magic brings to mind genre-bending properties like Firefly, Star Wars, and Mass Effect as well.

Here’s the new trailer, which features some of our first looks at gameplay, as well as an introduction to the main characters: 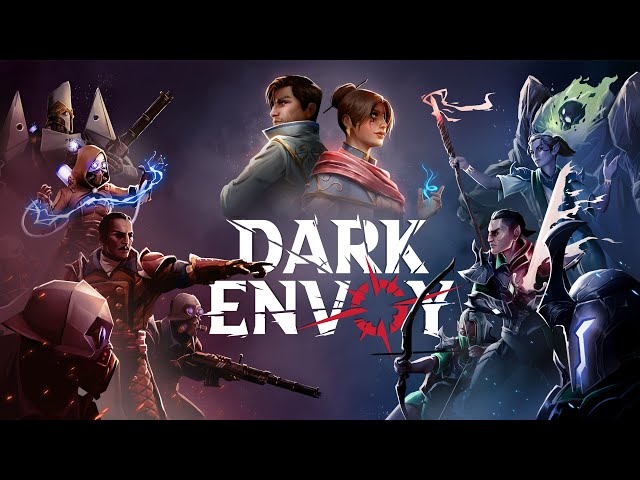 Event Horizon has revealed some new details about Dark Envoy: you’ll be able to pick from four base classes and 16 specialisations, some of which you’ll have to unlock by traveling to remote locations or completing special missions. In addition to the main story quests and side missions, you’ll also be able to revisit certain “shape-shifting” dungeons that change each time you return.

You’ll also be able to recruit companions who will work as crew aboard your interplanetary airship – these include a moon-elf assassin, a “quirky engineer,” a former imperial soldier, and a “renowned elven mercenary,” among others.

Event Horizon says it’ll have more of Dark Envoy to show in “the very near future,” so head over to Steam to get the latest news until then. For the time being, expect a release date some time in 2022.