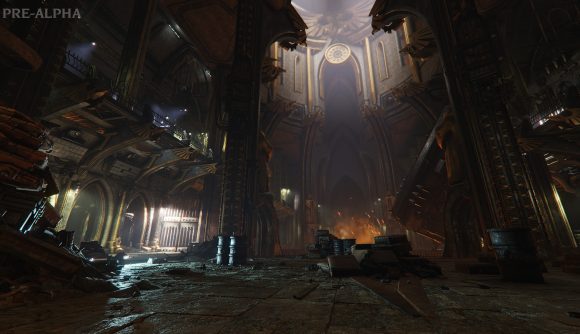 In the grim darkness of the far future, there aren’t any more rats, because they’ve gone and blown up the world – which is a story for another time. Vermintide 2 developer Fatshark has announced a follow-up to its frenzied co-op Skaven smasher, and it’s a Warhammer 40K game called Darktide that’s coming sometime in 2021.

The trailer for Warhammer 40K: Darktide debuted at the Xbox Games Showcase, and shows the spooky heavy metal, gothic-industrial setting we’ve come to know and love from 40K. Like Vermintide, Darktide features “visceral 4-player co-op action’ and is set in the hive city of Tertium, where a recon squad of what appear to be Imperial Guard soldiers has been sent to quell an uprising.

Since this is Warhammer 40K, there’s a focus on firearms, and there’s an almost Aliens feel to the first-person footage featured in the trailer. One soldier’s rifle-mounted torch barely pierces the blackness of the seemingly deserted hive level, and it quickly becomes clear that the team isn’t nearly as alone as they first may have thought. 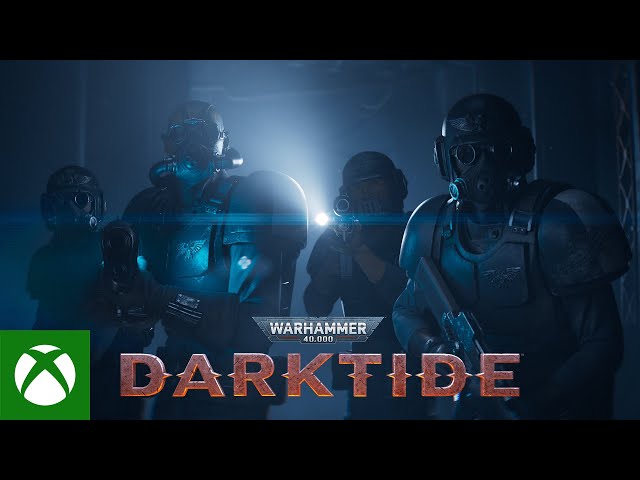 It seems the forces of chaos have infected the hive’s citizens, and the recon team finds itself confronted with an angry line of misshapen, howling abominations. “I’ll know more when they make it back,” intones the narrator, composing a report to a lord inquisitor. “If they make it back.”

Given that Vermintide 2 is one of our very favourite co-op games of the last couple years, we’re pretty excited to get a chance to take the action to the grimdark sci-fi universe of 40K. Darktide has a Steam page up already, so you can add it to your wishlist and start counting down right away.

In the meantime, check out the rest of our Xbox Games Showcase coverage.