A space marine in full armour is meant to be an imposing presence on the battlefield, standing more than eight feet tall. But on the tabletop scale, they’re on the small side. Fortunately, soon you’ll be able to put a much more imposing Warhammer 40K figure on your desktop, thanks to a new line of Bandai Namco figurines that are now available for pre-order.

Compared to the 28mm figures used in the tabletop game, these Warhammer 40K figures are massive, standing 18cm (about seven inches) tall, and kitted out with some of the grim dark future’s deadliest weapons and 51 individual points of articulation. They also come fully painted with weathering and shading effects applied – although if we know anything about Warhammer fans, they’ll almost certainly find ways to further customise and enhance these imposing figures.

You have your choice of two space marine heavy infantry figures: there’s the Salamanders Intercessor with Bolt Rifle, and the Imperial Fists intercessor with auto bolt rifle and auxiliary grenade launcher. Both can be pre-ordered at Bandai Namco’s European online store for £84.99.

The Imperial Fists Intercessor can be seen above, while the Salamanders trooper looks like this: 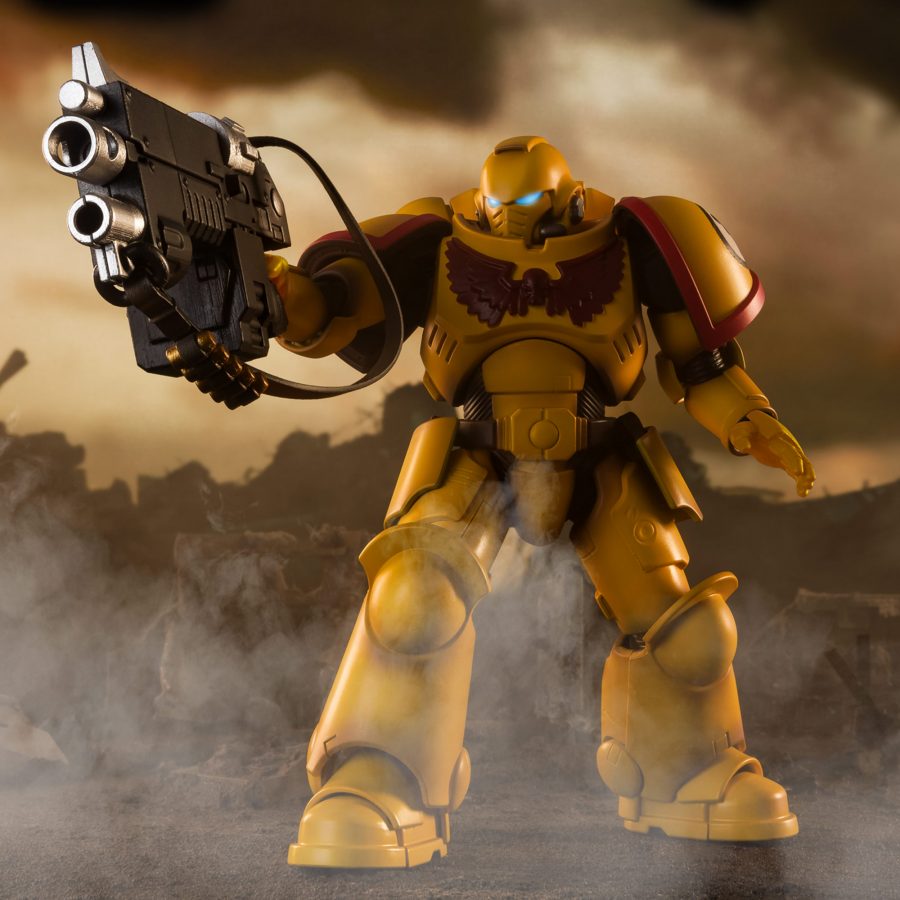 Time to clear off some desk space, we reckon. You can pre-order yours at Bandai Namco’s Europe e-commerce store. These are only going to be produced in the number ordered, so don’t expect to see these on retail shelves any time soon.

Unfortunately, it appears that these figures are only available through the European storefront and not in the US, so if you’re on the western side of the Atlantic you may have to wait a while to get your hands on one of these Primaris space marine figures.

If you’re into Warhammer 40K, you’ll be excited to know about Darktide, Fatshark’s Warhammer 40K-themed follow-up to the Warhammer Fantasy-flavoured Vermintide 2. You also might be interested to read the inside story about how the boffins at Creative Assembly went about creating the monstrous Necrofex Colossus for Total War: Warhammer 2’s Curse of the Vampire Coast DLC.