How do you get Dauntless Exotics? If you’ve been ploughing through Phoenix Lab’s free-to-play Monster Hunter-like, it’s a question you’ll soon face. The Shattered Isles is stuffed with many different Dauntless Behemoths to hunt – plus rare armour and weapons to craft – but there’s always that one elusive piece of Exotic Dauntless gear left to complete your fearsome arsenal.

Phoenix Labs’ action-adventure game works a bit like Destiny in that regard, as Exotic weapons and armour in Dauntless offer unique and powerful perks that can take your build to the next level. Dauntless Exotics also look distinctive enough to make you stand out in Ramsgate. Sure, games like Dauntless, Destiny, and Monster Hunter rely on solid gameplay to remain popular, but part of their draw is in allowing you the freedom to ensure your character stands out.

The amount of Dauntless Exotic weapons and armour is currently on the rise, and more sets are appearing in the game. So, we’re collecting them together in this handy guide to help you get them. If you’re on the lookout for a particular bit of gear or you’re just here for some window shopping, this Dauntless Exotics guide will point you in the right direction.

All the Dauntless Exotics so far are:

HOW TO GET DAUNTLESS EXOTICS

There are a few consistencies when hunting for Exotics that you’ll quickly notice. The first is that each Exotic comes from a specific Behemoth, and the second, you’ll need to find its Blueprint before you can get to crafting it. While that does tell us where to go to get each Exotic weapon and armour piece in Dauntless, it does mean we’re at the mercy of RNG.

Also, hunting for any Dauntless Exotic should be treated as an endgame activity. This means that you’ll need to be confident in completing fights that are Threat Level 17, and have Heroic Patrols unlocked. 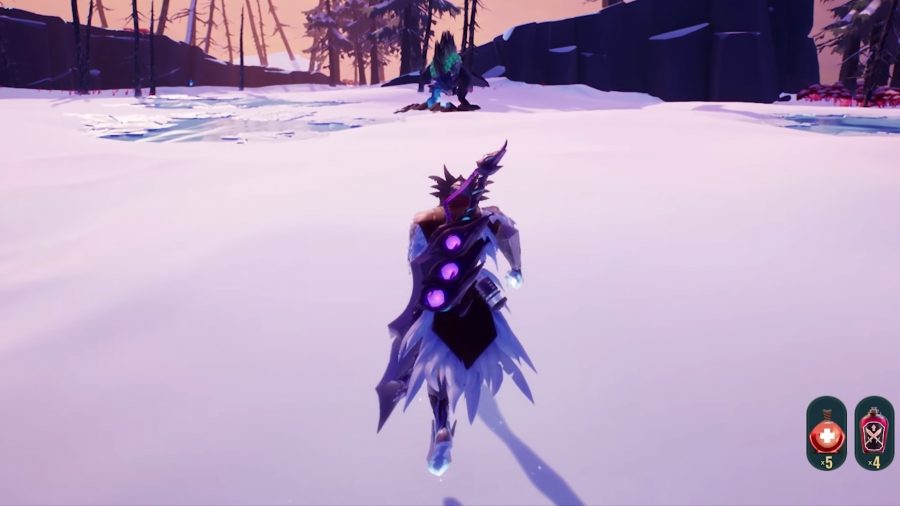 This Exotic sword’s unique trait is called Feast, which trades your health overtime for increased life steal and attack speed, along with the ability to create aetheric waves with each attack that deal area damage. It’s also of the Umbral element, so it should prove handy against Radiant Behemoths.

You can get the Blueprint for The Hunger by completing Heroic Patrols, or by slaying the Shrowd Behemoth. Remember, though, the Shrowd Behemoth fight is Threat Level 17, so it’ll be a toughie. Blueprints are also not guaranteed to drop, so you may be at this one for a while. The Shrowd is an Umbral element Behemoth, so bring any weapon with the Radiant element to give you a helping hand.

Once you have The Hunger Blueprint, you’ll need these parts to craft the sword:

The Shrowd Feather and Shadowspur are easy enough to get and can be harvested by breaking parts off the Shrowd during the fight. Chances are you’ll already have enough of them if you’ve been grinding this fight for long enough. 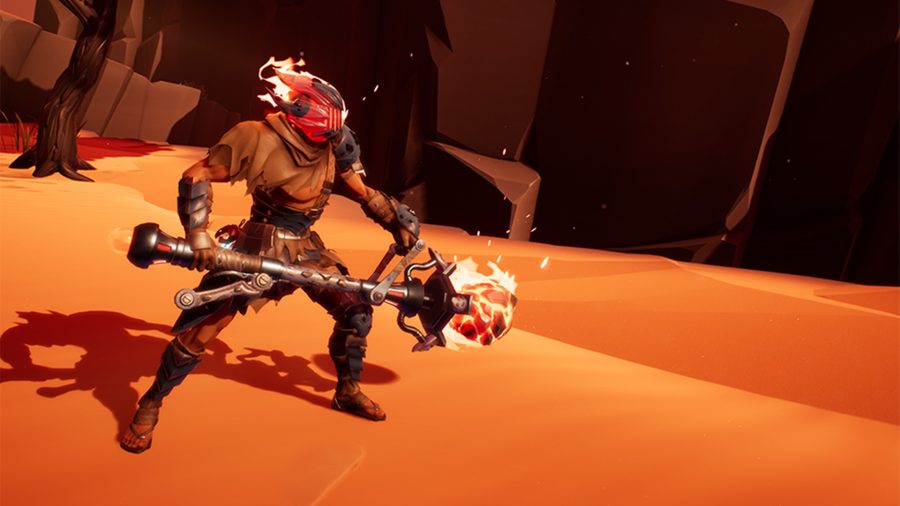 The Molten Edict Exotic’s unique perk replaces your hammer blasts with fireballs. Getting the Blueprint for the Molten Edict is much like The Hunger, as you can obtain it through Heroic Patrols.

You’ll need to slay the Firebrand Charrogg for a shot at the Blueprint. As you might have guessed, this beastie is weak to anything with the Frost element.

Once you have it, these are the parts you’ll need to create the Exotic hammer:

It’s much the same story with the Furyplate and the Tailgem. You can get the Charrogg Scale and Scored Rockhide through the Firebrand Charrogg fight. 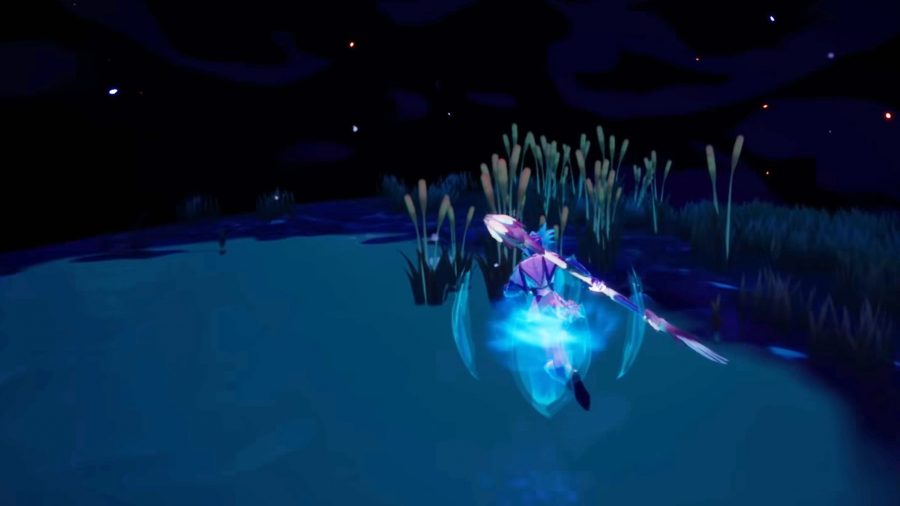 The Godhand is an Exotic war pike, and its unique perk allows you to channel a beam that deals increasing damage over time up to 200%.

Outside of Heroic Patrols, you can fetch the Blueprint for the Exotic weapon through the Rezakiri Behemoth hunt. This beast belongs to the Radiant element, so bring weapons with the Umbral element.

Once you’ve done enough grinding to earn the Blueprint, you’ll need these materials to craft The Godhand:

Here, you’ll need to harvest the Skullgem and Furyplate from a neutral Behemoth rather than an elemental one. As for the Rezakiri Chitin, Radiant Aethergem, and Crack Biocrystal, you can farm them from the Rezakiri itself.

Like The Hunger, you can grind for this Dauntless Exotic helmet from the Shrowd Behemoth. It allows you to resurrect yourself after death as a shadow clone that deals 100% more damage for 15 seconds.

Hunting for the Tragic Echo’s Blueprint will also involve either doing Heroic Patrols or grinding the Shrowd hunt. Once you have the Blueprint, you’ll need the following materials:

You can get the Shrowd Feather and Darkbreak Fragment from the Shrowd hunt. As for the Neutral Clawgem, load up any hunt that’s above Threat Level 8 and involves a neutral Behemoth. Once you’re in, chop off a limb within two minutes, and you should have what you need. 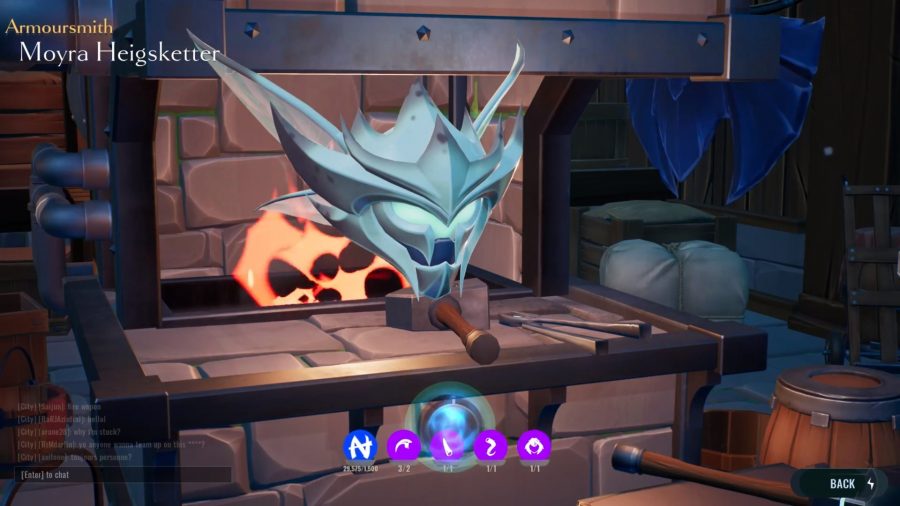 The unique trait for this Exotic helmet allows you to grant revived teammates invulnerability from damage for five seconds with a Radiant Prism. The first time you take lethal damage, you’ll gain invulnerability from a Radiant Prism, but it will be for ten seconds. While this buff is active, revive a teammate to score a full heal for both you and the downed teammate.

You can get the Blueprint for this Exotic through Heroic Patrols or the Rezakiri hunt. Once you’ve snagged it, you’ll need these crafting materials:

You can get Rezakiri Chitin and Exoskeletal Plate from the Rezakiri hunt, and chances are you may have it already if you’ve been grinding enough. To get the Neutral Furytail and the Neutral Tailgem, boot up a Behemoth hunt that’s Threat Level 8 or above, and get choppin’. To get the former, chop the tail off a Behemoth that’s enraged. For the latter, chop off the tail within two minutes of the fight. 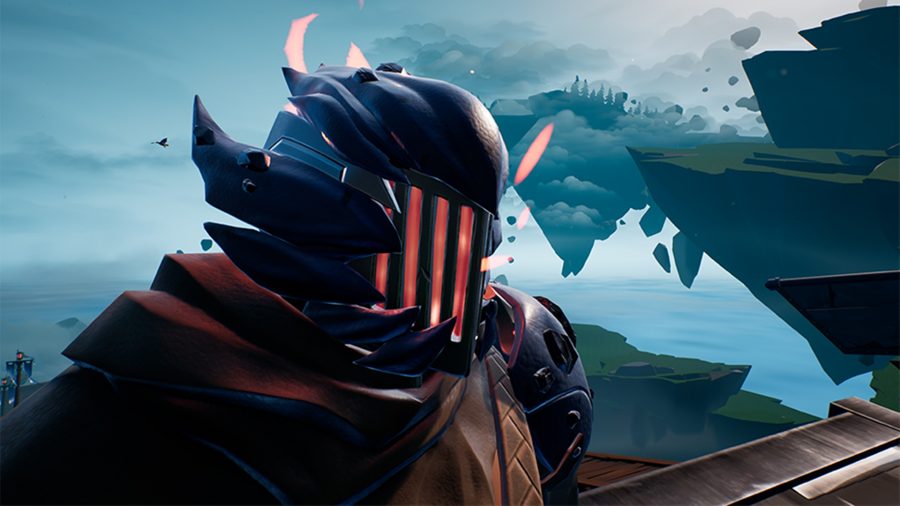 Our third Exotic helmet on this list, The Skullforge requires you to grind the Firebrand Charrogg hunt or Heroic Patrols for its Blueprint.

The Exotic helmet’s unique perk turns 1.5% of all damage dealt into a stamina shield that depletes when spending, well, stamina.

Once you have its Blueprint, you’ll require these items to craft it:

You can fetch the Charrogg scale from beating the Behemoth, and the Smoldering Tailspike from chopping off its tail. To get the Neutral Furyplate, jump into a Threat Level 8 or above hunt against a Neutral Behemoth and defeat it when it’s enraged. Do the same for the Neutral Skullgem, but attack the head instead and get it to drop within the first two minutes.

And there you have it, what each Dauntless Exotic does, and how you can get them all. More and more are finding their way into the game after each update, so we’ll be sure to keep this list updated to keep you in the know. We hope this Dauntless Exotics guide helps you find that one piece of gear the rounds off your build perfectly.