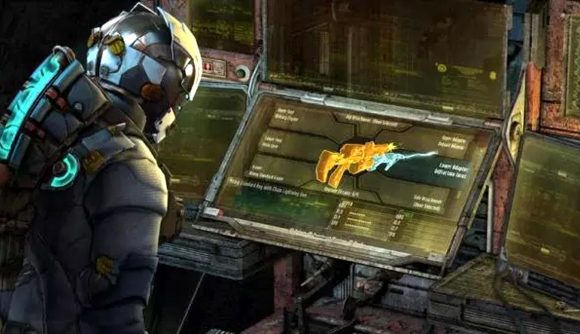 A couple of weeks ago we reported on how the team at EA Motive working on the Dead Space remake was planning on adding cut content from the first game. Now it seems that the reverse is also true, as the team will also be removing some things in a bid to stay “relevant to modern audiences”.

Rumours of a possible remake of the original Dead Space were finally proven true at last month’s EA Play Live event, where the remake was officially announced for PC and next-gen consoles at last. It was exciting news when the team revealed that it would be adding content and ideas from deleted materials and the sequels.

In a ‘meet the team’ interview with EA, it seems the team will also be removing content from the original that it feels is out of date. Art director Mike Yazijian, who also worked on Dead Space 2, explained that everything the team does is “out of respect for the original game” – which includes taking things out.

“We are taking the opportunity to also do away with some things that don’t work,” Yazijian explains, “and make sure the game stays relevant to modern audiences.” While the idea of EA making things modern in a Dead Space game raises the spectre of the microtransactions that tarnished the franchise, this seems to be in the spirit of actually improving the gameplay – and will be “done surgically”, according to Yazijian.

Regardless, EA seems to have learned from at least its mistakes with Dead Space 3, and microtransactions are apparently not coming back. We also recently learned that the remake’s in experienced hands, as the director of Assassin’s Creed Valhalla has joined the team. Regardless, we might not be seeing it for a while, so have a browse through some of the best horror games on PC to keep you occupied until then.