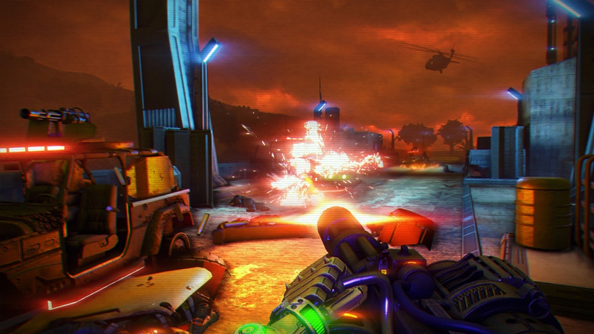 Veteran Ubisoft director Dean Evans has parted ways with the company, following the cancellation of an unannounced project he was working on.

Here’s our list of the games we’re looking forward to most in 2018.

Evans spoke with Game Informer about his departure from Ubisoft, which came after almost 12 years with the company but which he describes as an amicable split. After cancelling the project Evans had been working on, he says Ubisoft offered him a chance to move to Paris to work with the editorial leadership group there, but he instead decided to head out on his own.

Known for his work as the creative director and marketing force behind the ‘80s paean and Far Cry 3 spinoff Blood Dragon, Evans told Game Informer that he plans on moving back to the United Kingdom and working on new game concepts that challenge the status quo.

“I’ve been in the business now for over 20 years, nearly 12 of those have been at Ubisoft,” said Evans, who has also worked on Splinter Cell and Assassin’s Creed titles. “I’ve never really taken much of a break.”

We’ll definitely be watching for whatever he decides to do next.