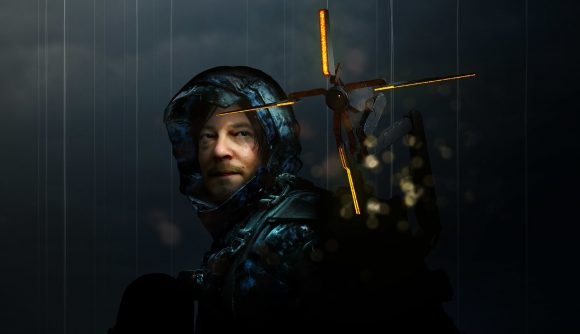 Hideo Kojima’s latest is set to launch across multiple PC platforms next year. Death Stranding’s PC release is now available for pre-order on both Steam and the Epic Games Store, so it looks like there won’t be any exclusivity agreements here. Expect Death Stranding to hit both platforms in summer 2020.

Wherever you’re buying it, Death Stranding will be available for the expected price of $59.99 / £54.99 / €59.99. You can pre-order the game now on both platforms. Both store pages are pretty light on details, but Steam does mention both achievements and ‘partial’ controller support.

The title’s PC publisher, 505 Games, launched Control (which coincidentally features a Hideo Kojima cameo) as a timed Epic exclusive earlier this year, so some players were concerned that Death Stranding would follow suit, but it looks like that will not be the case. The Death Stranding Steam release date is specifically listed as ‘summer 2020,’ so it looks like there’s no doubt we’re going to see a unified, multi-platform release.

Death Stranding is out as of today on PlayStation 4, and if you like us are having a rough time waiting for the PC version, we’ve got some tips to help you through the ruins of America. Check out our guides on dealing with Death Stranding MULEs and Death Stranding BTs for more.

Judging by the early Death Stranding reviews, this might just be Kojima’s most divisive game to date. If you’re waiting for the PC release, at least, you’ll have plenty of time to see how the discourse shakes out. Can I interest you in an American Truck Simulator free weekend in the meantime? It’s basically the same game. Follow that link and I’ll prove it.