Wondering how to fast travel in Death Stranding? Hideo Kojima’s first game since splitting with Konami is now available on PC, and we’ve got all the necessary guides to ensure you’re set to rebuild the US from day one.

Although Death Stranding features a range of mechanics and systems you’ll likely recognize from other blockbuster games, very few of them function in the way you expect them to. Fast travel is no exception, existing as a convenient way of getting from one waystation to another without the intermediary slog, but at the same time being burdened by quite a range of nasty limitations. Here’s a guide on how to use fast travel in Death Stranding, and, perhaps more importantly, details of when and why you can’t so you can adjust your travel plans accordingly.

It’s not easy traversing apocalypse games, so it’s a good job developers put systems like this in place, but Death Stranding’s solutions isn’t exactly without its flaws.

How to unlock fast travel in Death Stranding

You unlock fast travel in Death Stranding shortly after meeting a character named Fragile, who is brilliantly portrayed by Lea Seydoux. Naturally, it’s not actually called fast travel in the game – instead it’s labeled as a Fragile Jump, which gets its name from Fragile’s curious ability to travel from our world to The Beach, a sort of plane between planes where time and geography work differently. Just a couple of steps along the sand can carry you hundreds of kilometres in the real world, after which Fragile can simply zip back to reality, snazzy umbrella in hand, and set you down at your desired destination – neat trick.

The umbrella is an important symbol, because it’s actually the object you interact with to instigate a Fragile jump. Umbrellas are in the top-left corner of Sam’s private dormitory, hanging from the wall. There’s a private dormitory in each major Bridges facility, and they can also be found at safe houses dotted across the map, although the latter type is a more basic version and, unfortunately, isn’t equipped with a Fragile umbrella. Yep, you can only fast travel in Death Stranding by going to a major Bridges facility.

Related: How long is Death Stranding?

Interacting with the umbrella will trigger a mini cutscene in which Fragile walks over to you, which will then bring up the world map. Unfortunately, you can only fast travel to major world locations, but don’t fret: these locations are dispersed relatively evenly across the world, so no matter where you’re going, you’ll always be able to land at least reasonably close to your destination. On top of that, these particular facilities are also kitted out with garages, which means you can retrieve long range trikes and trucks in order to make your way to where you need to go pretty quickly (because the distances between major and minor stations are relatively short, you should also be able to make it over and back on a single battery). And not to worry if you don’t have the materials for a vehicle — Death Stranding also grants you access to an online garage, so you can “borrow” one from another player if push comes to shove.

The main catch to this system is that you can also only travel from major locations, which means anywhere that has a private room Sam can rest in. This is good in some ways, because you can’t use fast-travel as a crutch and are forced to actually explore and discover the world, just like an old-school RPG. Sometimes, however, when you just want something done quickly, it can be a bit annoying to realize that you’re ages away from the closest distro centre. Fast travel is not something you can rely on in Death Stranding, so although it’s handy, it’s best to plan your journeys without it wherever possible.

There are other limitations to fast travel in Death Stranding, too. Without revealing any spoilers, there are certain points in the story where it will be disabled. This includes parts of the game that involve incredibly long, sluggish odysseys across pretty much the entire map. At these times, don’t do what we did and search for a way to fast travel – there is none. Accept your fate and press on. Places generally seem much further apart from their relative appearance on the world map then they are in reality, so even corner-to-corner marathons won’t take half as long as you think they will. 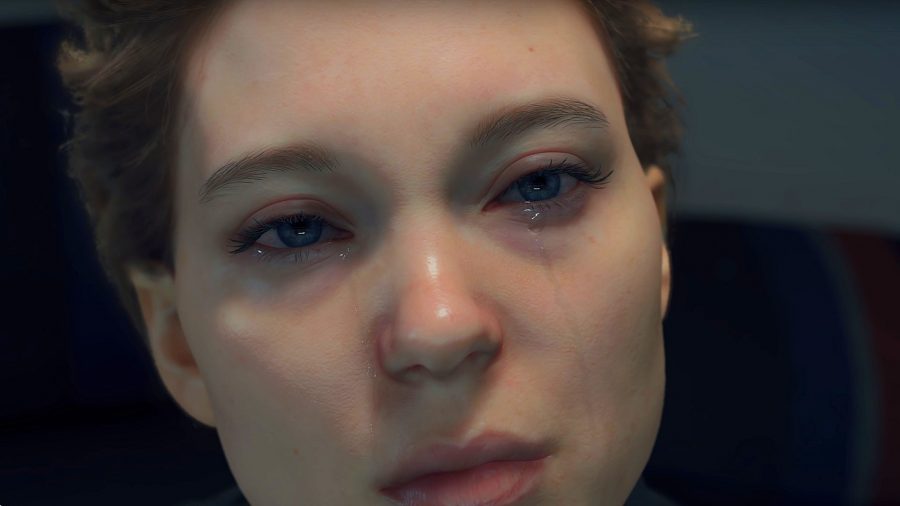 It’s also important to note that there are some fairly bothersome caveats to fast travel. If you want to Fragile Jump, you’ll have to leave all of your current cargo behind. You don’t lose it, fortunately – it’s merely placed in a private locker at the facility you’re attempting to fast travel from. However, this means if you want to retrieve said cargo, you’ll have to return to this facility in future. Be mindful of the above issue any time you decide to use fast travel: there is always the possibility that it will be disabled at the exact moment you plan to come back and collect your deposited belongings. It’s almost always a good idea to finish any outstanding deliveries in an area before committing to fast-traveling away.

This also obviously means you can’t use fast travel as an exploitative way to quickly complete deliveries. This is fair, given that some of the most rewarding missions are set to time limits, and having access to fast travel would obviously mean you could complete said missions almost immediately, essentially breaking the game. It’s a nuisance when you only want to bring a couple things across to another Bridges facility, but it’s a necessary evil for the game to function as intended. All you can bring is yourself, so you’ll have to craft new materials and take on new orders as soon as you arrive at your destination on the other side of the Fragile Jump.

That’s all you need to know about fast travel in Death Stranding. To sum up: You can travel to and from major locations by interacting with Fragile’s umbrella in the top-left corner of your private dorm, but safe house private dorms are exceptions to the rule. There are certain narrative sections where fast travel will be disable, even after it has been unlocked, and you will have to forfeit all currently carried cargo to a private locker at your current location if you want to Fragile Jump to a new one. Always have a route planned on foot in case fast travel is inconvenient or unavailable and you’ll be good to go – honestly, fast travel is a far more valuable resource in the post-game, so try not to worry about it too much while you’re exploring the world during your main playthrough.