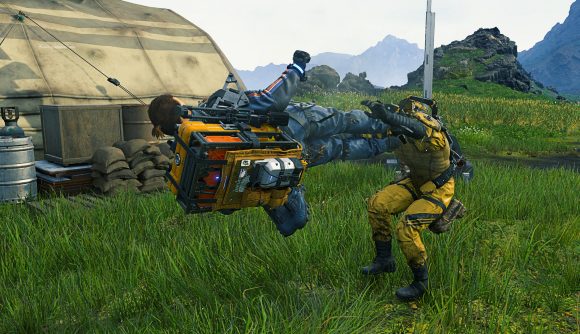 Following a rather leading tweet from Hideo Kojima earlier this morning displaying the PlayStation Studios logo over a collage of their major franchises including the Sony-published title Death Stranding, the Kojima Productions founder has clarified that his studio “has been and will continue to be an independent studio.”

There have been many rumblings on the airwaves in recent weeks about Sony angling to pick up some big-name developers in response to some of Microsoft’s recent high profile acquisitions over recent years including Bethesda and, most recently, Activision Blizzard. Kojima Productions would certainly seem to be a likely target for such a move – Death Stranding was published by Sony Interactive Entertainment and released first on Playstation 4, with the PC version being licensed out to 505 Games.

It looks like such a move is off the cards, however, at least for now. Kojima’s words suggest that there are no current plans to join a larger company, although any such moves would almost certainly not be announced ahead of time. For now, it seems we’ll just have to take Hideo at his word. He and his company are certainly no stranger to a little teasing.

The thought of this deal being off the cards may come as light relief to PC fans of Death Stranding or Kojima Productions’ other previous works. However, it’s worth noting that Sony has become increasingly open to the idea of their games releasing on PC. While Death Stranding may have been a more edge case coming from a third-party development studio, we’ve seen several major Sony-owned franchises make their way to the PC in recent years including Horizon Zero Dawn and God of War.

With Microsoft making big strides in their approach to the PC market, it seems Sony has realised the potential sales to be garnered from a market that might not otherwise be convinced to buy their consoles. Their offerings so far have been fairly tentative steps, so it’s likely they’ll have to . However, Sony’s approach shouldn’t affect whatever Kojima Productions’ next game has in store for us. At least for now.

I'm sorry for the misunderstanding, but KOJIMA PRODUCTIONS has been and will continue to be an independent studio. https://t.co/2M0n4ogRaa