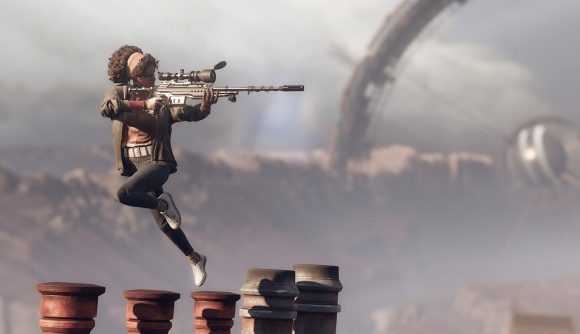 One of the big things about Deathloop is that it looks extremely cool at all times. The FPS game was our pick of the year in 2022, and in addition to featuring two memorably cool playable characters, there’s a groovy and striking visual style throughout. Now you can show that off with precision, thanks to the addition of a new photo mode in the latest Deathloop update, which also adds an impressive suite of new accessibility features.

Deathloop’s new photo mode includes an impressive array of options for setting up your perfect screenshot. In addition to the usual positioning controls for the camera, you also have options for the visibility of the player character and NPCs – you can shut those off if you’re just interested in scenery shots. Colt and Julianna can also be posed, and you’ll have access to all the unlockable outfits included in whichever edition of Deathloop you own.

The accessibility options can be found under a new category in the main menu, which itself has been streamlined for more accessible navigation, particularly with the keyboard and directional buttons. Accessibility options are grouped into four categories: visuals, gameplay, interface, and menus.

Here’s a trailer that shows off the new photo mode: 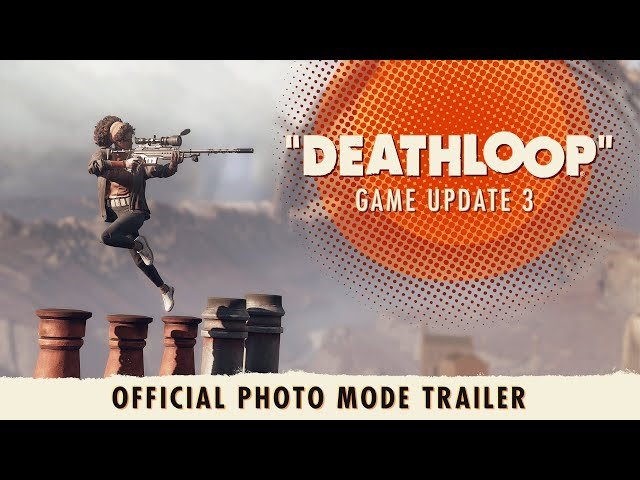 There are some important new options available for difficulty, including a few that address Deathloop’s unique mechanics. You can choose, for example, how many ‘reprises’ Colt gets before the loop resets in single-player mode, or remove the increase in difficulty that kicks in as you start taking out visionaries.

You can also make adjustments to the game speed, and even pick whether this setting is always active or toggleable.

The official patch notes have the complete details on what’s been added in Deathloop Game Update 3.