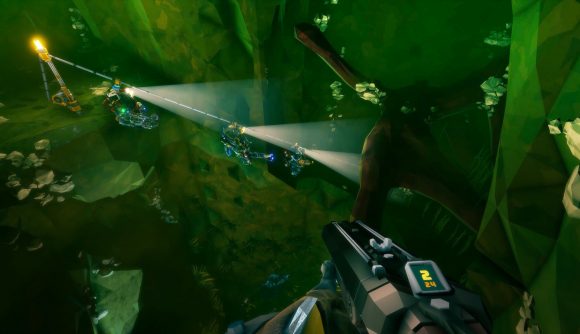 It seems there are a lot of folks who’ve heeded the call of the space mines. Deep Rock Galactic, the dwarven co-op game about blasting bugs and rocks in mineral-rich asteroids, has now sold more than three million copies. With its first battle pass just getting underway, it seems like a good time to be mining these days.

Last week, Deep Rock Galactic hit its highest-ever concurrent users peak on Steam, reaching 41,733 players logged in at once on October 28. That’s significantly higher than the peak earlier this year during its free weekend in February, which up until that point was the highest concurrent user count in the game’s history. In addition to the three million copies sold, developer Ghost Ship says nearly another million players have logged in through Xbox Game Pass (which you can sign up for here, by the way).

The new Performance Pass, which is free, kicked off November 4. That includes 100 levels to work through, with each one unlocking new rewards and scrip to use in the cosmetics shop. Ghost Ship says it passed the three million mark shortly after the launch of the first season of new content.

“With one of the most welcoming and passionate communities in gaming, the title is showing no signs of slowing down nearly two years from launch,” publisher Coffee Stain says. “The developers at Ghost Ship have already committed to multiple further seasons next year, with some more exciting news coming in the next few weeks!”

Deep Rock Galactic has an integrated modding system now as well, so you can add custom twists to the action if you’re interested in changing things up.