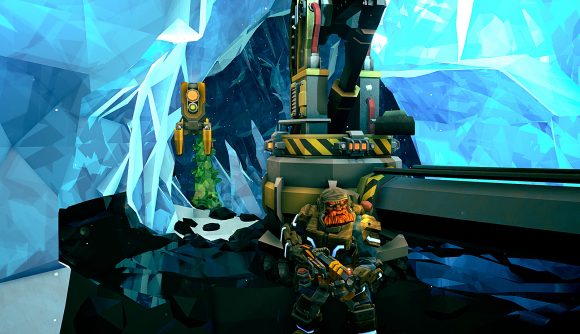 Mod support has arrived in Deep Rock Galactic’s experimental branch, meaning you can start tinkering away with alterations to the co-op game. As we reported earlier this year, developer Ghost Ship Games has thought long and hard about how to implement mods into a multiplayer game that features a progression system, and a three-tiered approval system hosted on mod.io seems to have been the best solution.

In the latest update on Steam, Ghost Ship Games explains how it went about distinguishing different types of mods, and making sure that cheating wasn’t part of the experience. The studio considers it cheating when mods increase XP or reward payouts from missions, bypass the normal process for unlocking in-game items, or boost progression speed.

Mods that do any of that, or change the progression experience in any way, are placed in the ‘Sandbox’ category, and to use those you’ll need a dedicated save file separate from the one you use for game progression. Not all mods make those kinds of changes, however, and so there are also ‘approved’ and ‘verified’ mod categories.

Approved mods might add new, more challenging game modes, tweak weapon stats, or make other moderate changes that don’t have an impact on the vanilla game’s progression path, Ghost Ship explains. These will work with your regular save, although they’ll be disabled if you join a game hosted by a player who doesn’t have them installed. Conversely, if a player joins a game hosted by someone who is using approved mods, those mods will be automatically downloaded.

Verified mods are the ones that add new accessibility options or make improvements to quality of life in Deep Rock Galactic.

There are already 128 mods available on Deep Rock Galactic’s mod.io page, and you can try them out by opting into the experimental branch on Steam.