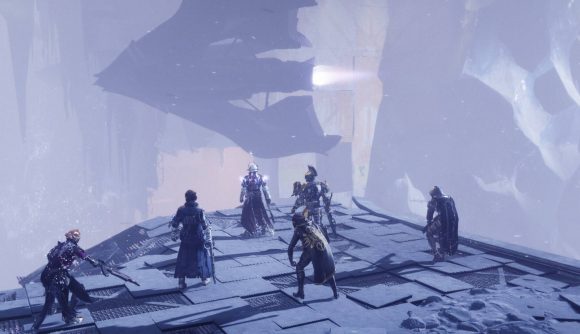 The Destiny 2 community has been all aflutter for the past week or so thanks to a bug that allows 12 players, rather than the usual six, to take on the MMO game’s end-game raids. The exploit has created a brand new sense of excitement around raiding, and videos of 12-player raid chaos have flooded Destiny 2 YouTube channels. In the latest This Week at Bungie, the developer says it’s not in a rush to fix the exploit.

“We’ve been watching the 12-player raid hype and are glad you’re enjoying yourselves”, writes Destiny 2 community manager Chris ‘Cozmo’ Shannon. “We aren’t rushing out a fix for this and it’s totally fine if you want to try it out and have some fun.”

While the bug isn’t something Bungie intended, it’s been the source of some renewed energy in Destiny 2 as players settle into the Season of the Chosen, which runs until May 11. Some of Destiny 2’s raids are notoriously difficult, but that changes significantly when you double the number of guardians shooting mobs and standing on magical plates.

“Just keep in mind that we didn’t create these activities expecting a clown car of guardians to roll up,” Shannon cautions. “You may experience some weirdness.”

You have another week and change to hop into a 12-player raid, which you can do by organising two fireteams and then having one join the other while the raid launch timer reads ‘Launching in 0:02.’ Shannon says Bungie plans on rolling out a fix before the Grandmaster Nightfalls start March 16.