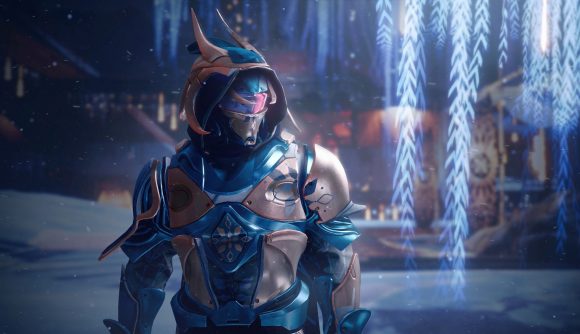 Bungie is aware of the pesky 3-peeking in Destiny 2, and the developer is looking into solutions. Due to the complex nature of the problem, however, nothing is set in stone for a fix just yet.

A community manager for the multiplayer game tweeted about the growing outcry surrounding 3-peeking, the practice of using a third-person view to gain advantage in PvP. Between the sword and emotes, players have a number of ways they can take a look around corners that gives them a better vantage point than their opponents. As this is happening because of regular weapons and actions, finding a compromise is not easy. Swords are a commonly used heavy weapon that forms part of Destiny 2’s meta, and emotes are a long-standing source of income the studio wouldn’t want to disrupt too much lest people stop buying.

“The team is aware of the feedback around 3-peeking and currently discussing possible options,” Chris ‘Cozmo23’ Shannon, lead community manager at Bungie, tweeted. “No promises, as we are still investigating what changes are viable since it’s a complicated issue that affects both emotes, swords, and any potential, future third-person weapons.”

Some measures have been suggested by the community, like the emote animation becoming locked in once you start it. Currently you can interrupt an emote, giving them strategic value because you can trigger it to check a corner, then step out and start blasting. Making it so you have to finish the movement before continuing keeps the original intention without letting you overuse them in battle for your own competitive gain.

The sword is a little more complicated. A couple of players have floated the idea of making it unusable if you’ve no ammo, but that creates questions of what happens when you’re trying to pick up ammunition and use it quickly – going from first to third-person can be a difficult transition to manage when moving super fast.

The team is aware of the feedback around 3 peeking and currently discussing possible options. No promises – as we are still investigating what changes are viable since it’s a complicated issue that affects both emotes, swords, and any potential, future 3rd person weapons.

Bungie recently revealed it will be adding Season Challenges for players who aren’t as interested in the existing waves of content. Make sure to have a look at our guide to the Destiny 2 exotics to keep yourself well equipped regardless.