If you missed the news, Bungie and Activision are parting ways. Bungie retains possession of the Destiny IP and will self-publish the series from now on, answerable to no one but itself and its fans in the series’ future development. Activision simply walks away.

Destiny 2’s latest expansion, Forsaken, seems to have been the final straw in a relationship that has reportedly been strained for years. The most visible sign of this came when Activision said in its last earnings call that Forsaken was “not performing as well” as it would like, after which Luke Smith, game director at Bungie, tweeted “we are not disappointed with Forsaken.”

Consider what the last year-and-a-bit must’ve been like for Bungie: vanilla Destiny 2 was a deliberate pitch to casual audiences, and more aggressively monetised than the original Destiny. Once the extent of this became clear, fans hated it, and were not shy about saying so. In catering to the hardcore, Forsaken took the opposite approach and has been rapturously received. How awful, how cruel, to then be told that such a product is underperforming.

That’s why this line in Bungie’s statement is so telling: “With Forsaken, we’ve learned, and listened, and leaned in to what we believe our players want from a great Destiny experience. Rest assured there is more of that on the way.” Forsaken was a hit with Destiny fans, but a flop with Activision executives.

Other than ‘not enough for Activision’ we don’t know exactly how profitable Destiny 2 and Forsaken were. But there’s every reason to think that’s a high bar to clear, and as a studio without the overheads of a globe-spanning publisher, Bungie can afford to earn less. It is also privately-held, and is thus free to measure success by more sophisticated criteria than delivering a profit to shareholders, as is incumbent on publicly-traded Activision-Blizzard.

Bungie has also received $100 million from NetEase to develop a new game, so it’s probably not strapped for cash right now, and when that game launches it’ll have another product to hedge its reliance on Destiny. Destiny fans should celebrate this, as the success of NetEase’s game will make the future of theirs more secure. Perhaps most obviously, it’s also encouraging that Bungie is so eager to promise us more like Forsaken when Activision felt it underperformed, but there are other reasons for cautious optimism.

Given the above, I’d be staggered if Bungie wants to monetise Destiny more heavily than its former publisher. Fans seem largely happy with the way Destiny’s microtransactions work – it’s been a while since we’ve seen an Eververse furore like The Dawning 2017 – so, belying the rumours that spread after Activision’s disappointment in Forsaken, I doubt they’re going to get any worse. 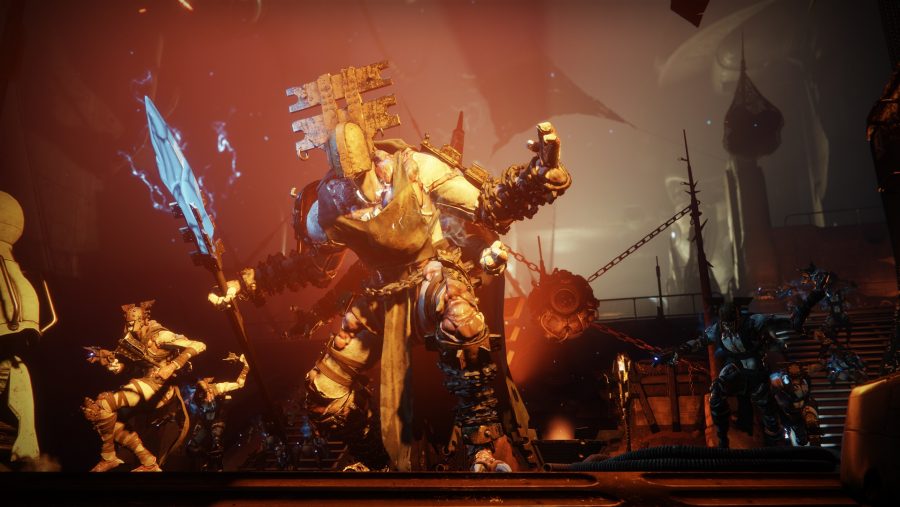 So what comes next? Bungie’s statement assures fans that it and Activision will make the transition “as seamless as possible,” that the content promised in Forsaken’s annual pass is still coming, and that Destiny 2 will remain on Battle.net on PC. It’s extremely doubtful that Destiny 3 will share Activision-Blizzard’s platform now their partnership is ended, so expect the sequel to grace another – you can almost hear the ears pricking up at Valve and Epic, while Microsoft’s Phil Spencer made little effort to hide his thirst.

The annual pass gives Destiny 2 a roadmap until the end of August. September is when Destiny traditionally sees its biggest annual release – though with Activision out of the picture, Bungie is theoretically free to pursue whatever schedule it likes. The in-year DLC model has varied and may do so again, but I’d be surprised if Bungie abandons the big September release. Destiny has emphatically claimed that slot on the calendar, and it has become a tradition for the fans.

Related: get into Bungie’s social shooter with our Destiny 2 guide

Assuming that tradition remains in place, we can expect the usual reveal event in or around May, probably hyped by a couple of teases which – if I were Bungie – I’d cheekily drop just when Anthem and The Division 2 are looking for attention. Work on Destiny 3 is underway but only as of October according to leaks, so it’s likely that we’ll see at least one more expansion for Destiny 2.

In terms of the game itself, expect more like Forsaken: more activities to do, more loot to chase, more secrets to discover, and more experimentation from Bungie on the format of all this content. Expect more communication and responsiveness, too: Activision loves to control the message, while an independent Bungie can be more relaxed and open, if it wishes. The recent Niobe Labs incident also shows that it is content to backtrack if an experiment doesn’t go down well with the community.

Overall, it’s hard to see a downside to yesterday’s news. Bungie first entered into this partnership eight years ago, when it needed Activision’s money and its publishing support. Bungie’s statement acknowledges it has things to learn on the latter point, but with so much distribution happening via digital channels these days – especially on PC – the challenge must seem much less daunting now. As long as Bungie’s finances are sound – and $100 million can’t have hurt – the fans’ excitement seems justified. Bungie employees were reportedly popping champagne at the news – that, I think, probably says it all.