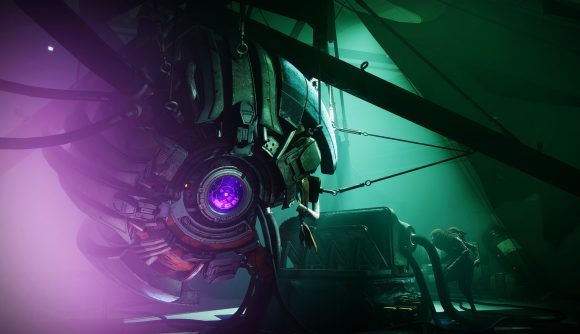 August 19, 2021 Bungie has confirmed that Destiny 2 is getting BattlEye next season.

It looks like cheating in Destiny 2 is about to get a lot harder to get away with. Developer Bungie has confirmed on Twitter that the space game is getting BattlEye anti-cheat next season, with community manager Cozmo confirming that a soft launch is taking place next week.

Tongues were sent wagging earlier today when The Verge’s senior editor Tom Warren noted on Twitter (below) that Bungie’s German website featured a support page for how BattlEye will be implemented in Destiny 2. The page has since been pulled, but we did manage to mull it over before it vanished. The post, which you can catch here, essentially explains that BattlEye will be installed automatically when the space game updates and that players must agree to have BattlEye installed to play Destiny 2.

The post also explains that bans will be manually accessed and applied during the first few weeks of the anti-cheat’s launch and that the system will automatically apply “locks” after a soft launch.

As for BattlEye, it’s currently part of other games’ anti-cheat offerings, such as Rainbow Six Siege, PUBG, Fortnite, and Escape from Tarkov, according to the anti-cheat’s website.

An anti-cheat system has been on Destiny 2 fans’ wishlists for a wee while now. Last year, Bungie tackled the topic in a blog, revealing that cheating in the game had increased 50% from January to that point in April.

Our partnership with BattlEye will soft launch next Season. Just another step toward a level playing field for all.

Alongside staffing up its security team, Bungie has also been active in shutting down cheats sellers, with one prominent distributor taking its Destiny 2 products down following some legal pressure from the developer late last year. Bungie tells us that it’s not stopping there, either:

“We also filed three lawsuits against cheat makers yesterday – Lavicheats, Veterancheats, and Wallhax aka EliteBossTech, in addition to existing litigation against Ring-1 and Aimjunkies, so we’re taking steps internally and externally to try and level the playing field for our players.”

Destiny 2 is getting BattlEye anti-cheat support soon. Bungie has been testing this internally for months, and the screenshot below is legitimate 🙏 https://t.co/vbZZ5GnlTp

Destiny 2’s upcoming Witch Queen expansion is set to be showcased soon. Until then, though, you can check out our list of the best FPS games if you’re looking to sharpen up your aim.