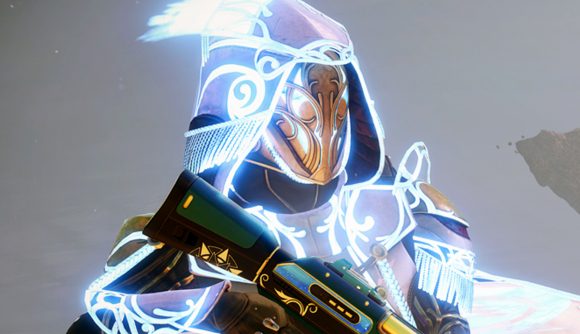 While Destiny 2 continues to be extremely successful for Bungie, it seems the studio isn’t content to rest on its laurels as it’s currently hiring for a new IP that likely isn’t Destiny 3. The new Bungie game, which may be called ‘Matter’, also seems like it will be a free-to-play game.

This week Bungie posted a new job listing (thanks, The Game Post) for a senior marketing manager specifically to work on a new IP for the studio. The new role is to “help drive awareness, sales, and growth for the next Bungie IP”, and the fact that Bungie is looking into marketing now suggests its new game might be revealed soon.

The job listing doesn’t give too much away but under the list of ‘nice to have skills’ it requests an applicant who has “experience with enterprise-scale live operations, games as a service, MMO, F2P, and mobile.” Bungie certainly wouldn’t include such a specific detail if the new game wasn’t something along those lines.

Way back in 2018, Bungie filed a trademark for a new videogame product called ‘Matter’ – complete with a unique logo. At the time, Bungie had only just entered into a $100 million partnership with NetEase, where the studio had stated that it would sustain “many worlds simultaneously – Destiny and new worlds to come” – strongly suggesting that its new IP was well in the works.

With all the big new expansions coming out for Destiny 2 it seems highly unlikely that Destiny 3 will be released anytime soon, but it does seem possible that Matter – or whatever the new Bungie IP will be called – will be released first. Who knows, maybe it’ll even get revealed at the Destiny 2 showcase Bungie has planned for next month?