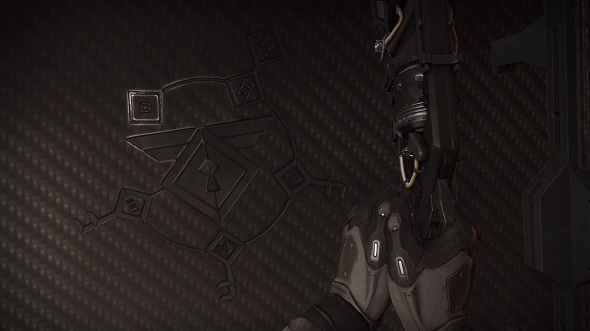 Update, May 12: The explorers who discovered the hidden cache – all massive Destiny fans, naturally – have uploaded a video of their trek up Sleeping Beauty Mountain to find the Valkyrie Spear, following the coordinates decoded by r/raidsecrets. You can watch it in full above.

Original story, May 12: Destiny 2’s Warmind expansion hasn’t even been out for a week yet, but a dedicated group of redditors has already cracked one of its most obscure puzzles: a cryptic pattern of symbols found in the chamber of Rasputin, the ancient superweapon that Warmind centers around.

Redditors combined forces and worked out each element of the puzzle, sharing information on a thread on r/raidsecrets. The puzzle is a sequence of symbols that are arranged around a broken circle and terminating with a final node in the center. Each element, they found, provides another clue in decrypting the puzzle’s message. They found each one pointed to a different hidden puzzle on Mars, such as a bank of servers near Ana Bray that emits a Morse code message when you examine an audio log.

The whole decryption process has been catalogued in this thread if you’re inclined to read it, and it’s a fascinating example of the power of crowd-sourced sleuthing. By combining the clues in each node, they came up with a message, along with a set of coordinates.

“Thank you for taking the time to piece together this message, friend,” the message reads. It asks the reader to take care of Ana, and concludes with the initial “e,” suggesting it may be from Elsie Bray. Some redditors have taken this as conclusive proof that Elsie is the Exo Stranger, a mysterious character who has puzzled players since the first Destiny.

The coordinates themselves pointed to a location in Upstate New York – Sleeping Beauty Mountain on the east side of Lake George, north of the state capital of Albany. Redditor _I_love_science_ traveled to the spot and climbed the trail, and at the top found a remarkable prize: a physical Valkyrie Spear, as well as a box of coins and letters of congratulations from Vicarious Visions, the New York-based studio Bungie hired to create Warmind. You can check out a photo album of the trove here.

According to the enclosed letter, there are only three spears like it in the world: one at Vicarious Visions’ studio, a second at Bungie headquarters, and this third, which the developers suggested either hanging on a wall and using as a conversation starter – “or for killing any Hive worms that may trouble your neighborhood.”

The letter also asked that anyone who discovered the cache only take coins for themselves and anyone in their group, leaving the rest for seekers who will come after. If you live in the area and are up for a hike, there may still be a coin for you to find.