Exotic weapons in Destiny 2 have an air of desirability surrounding them, and the Hawkmoon is no exception. Returning from the first game, this hand cannon can pack a serious punch, especially if you land precise hits or kill enemies with it. Then there’s the final shot in the chamber which gets a cumulative bonus that can deal well over 20,000 points of damage with one shot, if you’re skilled enough.

Before you read on, take note: there will be Destiny 2 spoilers ahead. This Exotic weapon takes a large number of steps to find it. You’ll need to find a whole bunch of golden feathers hidden across each of the planets and moons, navigate tough platforming sections, and take on gruelling challenges to impress the Crow – task giver for this Exotic weapon questline.

To help you get this powerful gun, we will be going over all the steps you need to take to get the Hawkmoon hand cannon, as well as details about what this Exotic weapon is, the perks associated with it, and the best places to farm for challenge requirements.

What is the Hawkmoon?

Hawkmoon is one of the Destiny 2 Exotic weapons. It is a hand cannon you can obtain from a quest that comes with the intrinsic trait ‘Paracausal Shot’. What this does is generate stacks of Paracausal Charge whenever you hit a final blow or precise hit with any of the first seven rounds in the chamber.

When you fire off the eighth shot in the magazine, it will deal bonus damage based on the number of stacks. Note that stowing the Hawkmoon on the final round will remove the bonus, so make sure you don’t do this.

Outside of that, it has somewhat good impact, handling and stability, but a lower reload speed and range to compensate for this. It will fire around 140 rounds per minute and has eight shots in the magazine.

It also has the following weapon perks: 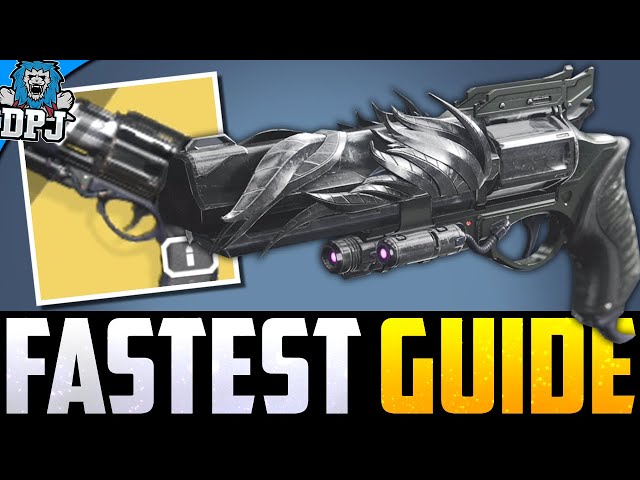 A Cry from Beyond

The first step you need to complete to acquire the Hawkmoon in Destiny 2 is to go and see Spider in the Tangled Shore. After that, you’ll need to find the five golden feathers to complete this step of the quest.

Related: Check out our Destiny 2 Beyond Light review

Head back to the Crow in the Tangled Shore to deliver the feathers. He’ll then ask you to complete a mission in the European Deadzone. There’s nothing particularly of note except that you’ll interact with the Effigy of Hawkmoon at the end, which is a golden crow.

The next step is to generate 50 Orbs of Power. Head for the Blind Well and start grinding out kills for the enemies in this area. One run should net you enough orbs to complete this step. Return to the Crow and he’ll ask you to investigate some coordinates in the European Deadzone. Throughout this part of the mission there are golden feathers to collect once more, but these ones are highlighted.

Collect all of them and return to the Crow. He’ll then ask you to get up to 100 guardian kills or around 34 champions (each one contributes 1% or 3% respectively to the tally). Empire Hunts are a great place to farm champion kills – the Dark Priestess on Hero difficulty is particularly good for this.

The Crow and the Hawk

Head to the European Deadzone again to follow the waypoint to the Shard area. This will take some extensive and tight platforming, so watch your step. Keep following the golden crow, being careful of the vents, and eventually you’ll find a chamber with a big black orb. Fight off against the foes, taking out the acolytes to strip the barrier.

Eventually, after taking out some of the bosses here, they’ll drop the Hawkmoon Exotic hand cannon. If you’re looking for other Exotic weapons, we have the steps to find all of the Destiny 2 Lament Exotic blade pieces and their locations, or the Destiny 2 Cloudstrike Exotic weapon for those who prefer using sniper rifles.