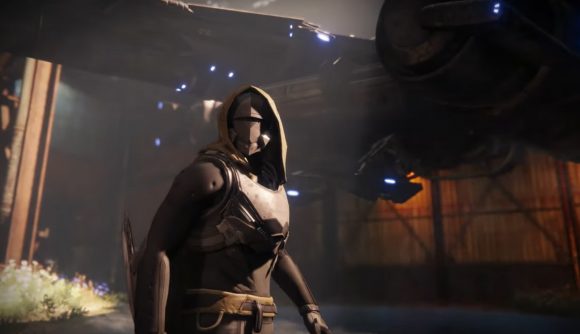 Destiny 2: New Light is the name of the game’s upcoming free-to-play release. It will launch alongside Shadowkeep on September 17, and will feature all of Destiny 2’s year 1 content – including the base game, Curse of Osiris, and Warmind – for free, along with other “foundational modes, activities, and rewards.”

The free content will include every world in free roam, every cooperative strike, Gambit mode, and every map in Crucible. It’ll also feature a new intro that starts fresh characters inside the Cosmodrome – the opening patrol area from Destiny 1. From there, you’ll go directly to the Tower, so it should provide a much briefer experience if you’re looking to get straight to the good stuff.

If you want to get into further Destiny 2 content, including Forsaken, Shadowkeep, or annual pass releases, you’ll have to purchase those separately. You will be able to get just the content you want, though – you no longer have to own everything to purchase newly-released DLC.

New Light looks to present a great way for new players to get into the game, but the return of the Cosmodrome – and the tighter intro for new characters – will likely be the exciting part for existing Destiny 2 fans. The location briefly returned as part of a quest in the second game, but its appearance was fleeting one.

You can see plenty more on all the changes coming to Destiny 2 above.