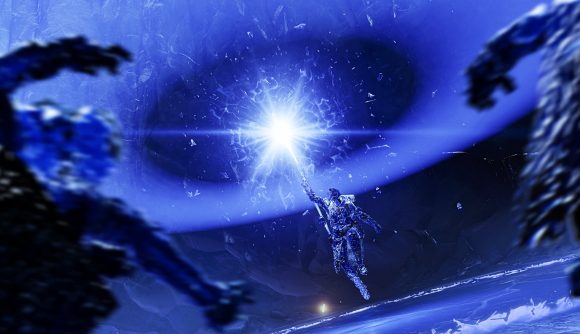 Destiny 2's Crucible players do not care for the space game's Stasis subclasses. Bungie introduced the new subclasses in Beyond Light last year, and while they've proven effective at allowing players to live out a power fantasy in PvE, they've been a bit of a nightmare for the game's PvP fans.

They've received several nerfs so far, but that has done little to change the minds of fans. Stasis Warlocks were roving death machines at one point, whereas Hunters were dive-bombing defenceless, frozen foes. Now, though, Bungie has outlined even more changes for the subclasses that will go live in a patch on March 23.

“We made some targeted changes to Stasis in Season 12 and wanted to see how they landed before making any more adjustments,” Bungie explains in its weekly update. “Now that we've had several weeks of data to analyse, we're ready to make some further changes to address additional pain points of Stasis in PvP. Our goal with these changes is to reduce some of the frustrations when fighting against Stasis subclasses in the Crucible, while maintaining their power in PvE content wherever possible. With that said, some changes required us to adjust the global behaviour of some abilities.”

Stasis Hunters will now be easier to take down when they’re using the Shatterdive ability and will have a longer cooldown between each use of Shatterdive, too. Bungie is also nerfing Withering Blade’s damage, slow stacks, and target acquisition.

Titans will take more damage while using their Stasis super, and won’t be able to use Shiver Strike as much, so less ramming into people for them. Warlocks, meanwhile, will see a huge nerf to the Penumbral Blast ability, though Winter’s Wrath is getting better tracking.

There are also broader changes to Stasis-related moves and abilities. Duskfield Grenade, Stasis Crystals, Whisper of Chains, Whisper of Torment, and Stasis Fragment Quests are all getting nerfed.

Deeper into the TWAB, Bungie also reveals that Trials of Osiris is making a comeback today (March 12). Bungie took it offline earlier this month after it came to light that people were using Hakke emblems to gamble their way to victory. The only downside was that no one actually lost as they could swap to their lesser character while doing it.

Eyes up, Guardians: You can purchase Destiny 2 for PC here

If you’re looking for the Destiny 2 Trials of Osiris rewards for this week, you know where to click. You can also find everything you need to know about Destiny 2 classes right here.