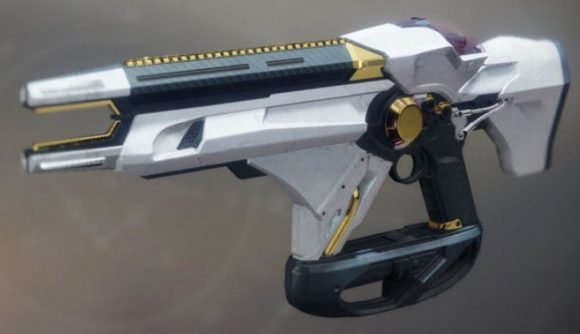 Telesto is taking a bit of a resto. Bungie has disabled access to the exotic fusion rifle in all activities in Destiny 2, after players discovered a game-breaking combination with one of the weapon mods gained from Iron Banner.

Here’s how it works: Telesto fires fusion projectiles that attach to surfaces and detonate after a delay, or if an enemy wanders too close. These are effectively mines, which makes Telesto a terrific weapon for zoning.

The problem, however, is that Destiny 2 sometimes has trouble knowing how to tally up Telesto’s exploding mines. Last year this became a problem in the Blind Well, since the game counted each blown-up charge as a kill. That made the Blind Well trivially easy to complete, and Bungie quickly acted to patch the exploit.

Now, if you equip an Enhanced Ashes to Assets mod, which you can pick up in Pinnacle Activities like Iron Banner, blowing up your own Telesto charges with a grenade instantly charges your super, since Destiny 2 counts each ‘mine’ as a grenade kill. Just fire a few bursts of Telesto at a nearby surface, chuck a grenade at them, and boom – ‘Super Charged’ appears across your screen.

Forbes posted this Twitter video by Chadlantis, which illustrates the glitch rather well:

Imagine @Bungie allowing us to get an instant super charge in both PvE and PvP pic.twitter.com/RbYHIuje4P

This works in both PvP and PvE game modes, and the problem is compounded by two factors: one, Destiny 2 recently went free to play and two, Telesto is available to buy in Xûr’s inventory this week. That’s meant that a huge influx of new players has hit the Crucible and Iron Banner and have been running amok with Telesto, supering themselves into a stupor.

And so, Bungie has taken the step of shutting off access to the weapon until there’s a fix in place for this particular exploit. Sure, popping supers almost at will is fun for a little while, but it’s clearly an absurd advantage – and one that makes using any other power weapon basically impossible in competitive play.

Still, I’m sure there are players who have been enjoying the glitch, and they may organize some kind of Telesto Protesto now that it’s been shut down.