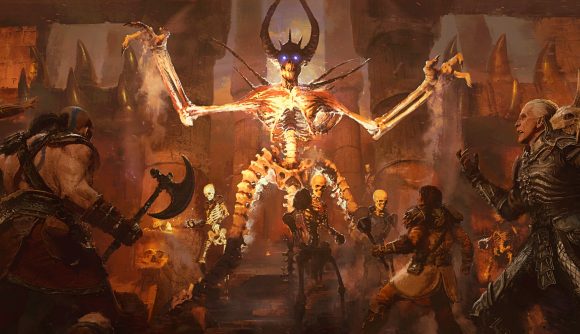 Jumping from 640×480 to 4K means lots more space for gruesome details on Diablo II: Resurrected’s enemy models. While the remastered graphics in the upcoming RPG game will be running over top of the original game logic, everything looks much sharper and clearer – and as the enemies datamined in the recent beta demonstrate, there are all kinds of new details to see on some of your old favs.

Take the Dark Elder, for instance, which you can check out over on Wowhead. In the original version of Diablo II, many aspects of the design are suggested, rather than explicitly shown, in the low-res character model. The top of his torso and ribcage are connected to his pelvis and legs by a single spindly column of pixels, the same width as bones in his lower legs.

While the remastered version of the Dark Elder retains the blue palette of the original, the difference is almost shocking. Blizzard’s artists seem to have abandoned the old mostly rotted skeleton look and filled the Elder out. The massive increase in resolution allows you to see the pursed lines around his shriveled lips and even varicose veins around the shins.

For the first time, you can really see the expression on the face of poor old Griswold, Tristram’s long-suffering blacksmith, who has been pressed into service by the Lord of Terror as a lurching undead menace. 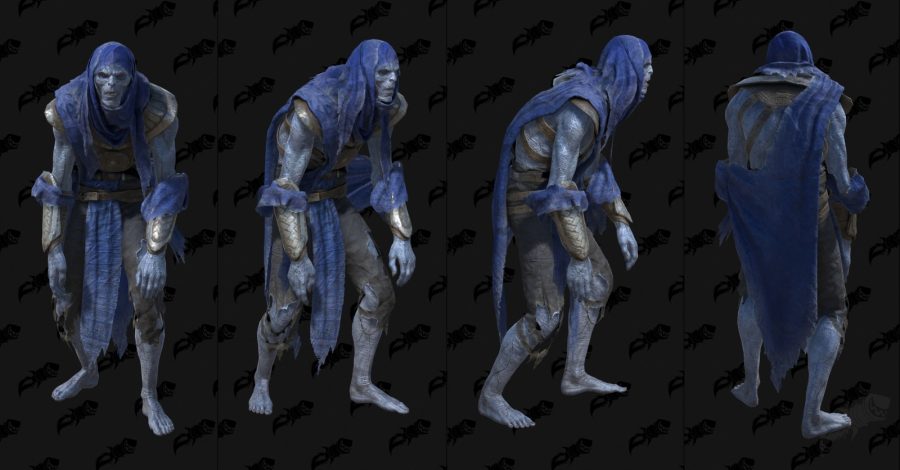 Our favourite of the bunch may be Duriel, the Act II boss. The Resurrected version of Duriel adds all kinds of texture and spines to the Prince of Pain’s enlarged forelimbs, and the maggoty abdomen he drags behind him is run through with gross purple veins visible just below the surface of the skin. You get a sickly little glisten of light on each loop of intestine he coasts around atop, too. Yuck.

Some of the changes are sure to be controversial, since the addition of new detail will inevitably deviate from the versions of the creatures players had in their minds. Still, the new models all look terrific, and we’re looking forward to facing off against them again when the Diablo 2: Resurrected release date arrives later this year.