When is the Diablo 2 Resurrected release date? We now know the release date for the remastered version of one of the most beloved games from the turn of the millennium, and roughly when the next beta is. It’s getting a new lease of life, but Blizzard’s demon-slaying ARPG aims to retain a lot of what made the original game so popular. The new version is playable with multiple control methods, small and smart tweaks have been made to the UI, and you won’t have to toggle the map display on and off because it gets in the way of the action.

It’s also getting a graphical overhaul, going from crude 2D sprites to 3D models. What’s more, you can swap between the two at any time, so you can see for yourself just how different they are. It’s not a perfect recreation of the old 2D style, some systems have been modernised in both the retro and contemporary modes, but it’s enough of an indication to illustrate just how much has changed.

Blizzard’s Rob Gallerani and Chris Amaral said in our most recent Diablo 2 Resurrected interview that future tests will hope to increase the number of players that can access it, “especially because the beta is multiplayer”.

The open beta will be similar in structure to the closed alpha in early March 2021, showcasing the first two acts of the game. The Druid and Paladin classes will be playable in addition to the Amazon, Barbarian, and Sorceress. There is no level cap and multiplayer modes including co-op and PvP will be enabled.

During the closed alpha, players were able to play as the Amazon, Barbarian, and Sorceress, though they were also able to access locked classes and uncovered an item-duping glitch. 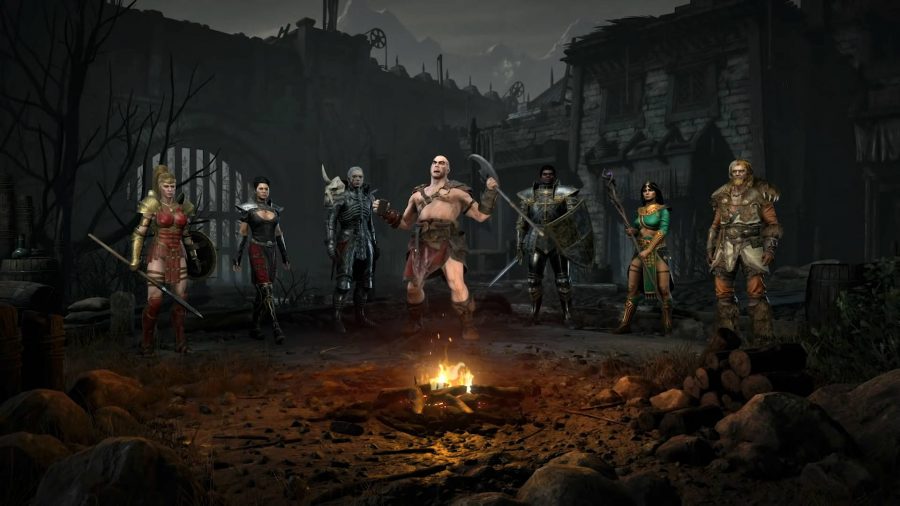 Like with many other remastered versions of classic games, Diablo 2 is getting a fresh coat of paint. It’s based on the Lord of Destruction expansion, so if you’re used to the base game there are new items like runes and charms that won’t be familiar to you. However, there are no gameplay differences between the Lord of Destruction expansion and Diablo 2 Resurrected. Every difference here is either cosmetic or a quality-of-life improvement. There are no new enemies and areas coming to Diablo 2 Resurrected.

During my session with the Diablo 2 Resurrected closed alpha, there were plenty of other differences pointed out to us by Rob Gallerani: