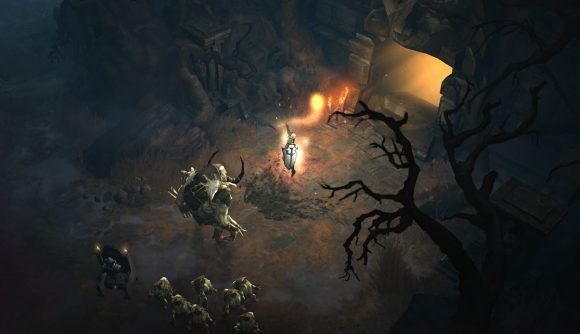 Diablo IV is in active development at Blizzard, but began life as a Souls-like game – a plan that was eventually scrapped, according to an extensive investigation published today.

Kotaku’s Jason Schreier spoke with 11 Blizzard developers about the state of the Diablo franchise, and his sources – who spoke on condition of anonymity – all confirmed that Diablo IV is currently in production. However, Schreier’s sources say its development has been a process of fits and starts, including an initial vision that reimagined Diablo as a third-person dungeon crawler in the style of Dark Souls.

Reaper of Souls director Josh Mosqueira was picked to head up development of the next Diablo title, first code-named Hades by Blizzard. The Diablo team worked on Hades from 2014-16, until the project was cancelled, according to Schreier’s reporting for Kotaku.

This happened around the same time that Mosqueira parted ways with Blizzard, and it’s unclear whether he left because the project was shelved or vice versa. Several months later, the Diablo team reportedly began a new project which would become the long-awaited main-line Diablo sequel.

Schreier’s sources say Diablo IV is currently code-named Fenris, and that it’s a darker, “grosser” vision of Diablo than we saw in Diablo III. There’s a push to make it a more social game, with the team taking inspiration from Destiny and considering hub areas where players can meet each other and group up for cooperative activities like strikes or instanced dungeons.

The Kotaku investigation digs deep into the recent history of the franchise, including management’s disappointment with Diablo III even as it became a beloved success, and the company’s reluctance to talk about the sequel this year. There’s a lot going on, and it raises some concerns about Activision Blizzard’s influence on Blizzard’s in-house priorities – concerns similar to those former Diablo II director David Brevik voiced last month during a boozy late-night Twitch stream.

Finally, the piece says Diablo IV is still early in development, and probably won’t be out until at least 2020. That means there’s still a lot of time for things to change.