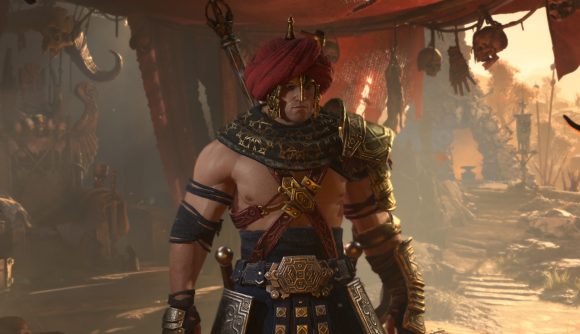 There’s plenty to be excited about if you’re into fiddling with your character’s look in Diablo 4. As we’ve reported, character customisation in this entry in the RPG game series is deeper than it’s ever been, but that depth extends to equipment too. The dye system from Diablo 3, which let you change the colour of pieces of equipment, will be making a return in Diablo 4, but this time it’s going to be far more detailed than simply applying a new coat of paint to a piece of equipment.

One of the major innovations in Diablo 4 is a physics-based rendering system. Art director John Mueller explains that this is essentially a set of rules for how an object is displayed in the game – the physical properties of the materials that compose the object determine how it reflects light, for example.

That system allows for a greater level of graphical fidelity that lets Diablo 4’s camera get in closer than ever before, and it’s also being used to determine the kinds of changes you’ll be able to make to pieces of gear. Sure, you can dye fabric, but that wouldn’t work on a piece of metal armour, Mueller says.

“You can paint metal, but we don’t really do that because it feels out of character for the world,” Mueller says. “Paint is sort of a more modern thing.” Instead, you’ll customise plate armour with different metal types, and since it’s a different material, it’ll look and behave differently as it reflects light in the game world. 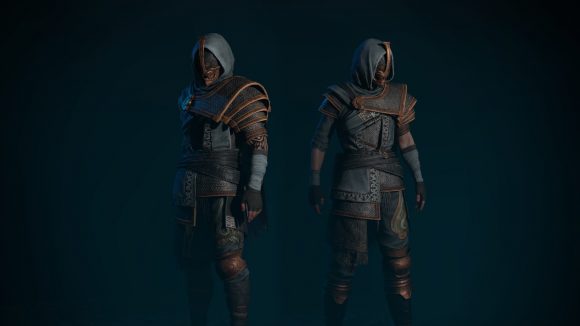 Mueller says the team has created four different ‘dye maps’ for each piece of customisable equipment. Leathers will have one range of potential colourations, while metals will be selected from various types like iron and gold, and fabric components have a dye map of their own.

“We have lots of those palettes that you can choose, and you’ll get more over time,” Mueller tells us. You can read more about the Diablo 4 dye system in the latest entry on the official blog – as you can see from the art the team has shared, the sets have a layered look that’s packed with details. As Blizzard has explained, it’s all stuff that’s meant to hold up to close-in camera shots during cinematics, which will be done in the engine rather than as pre-rendered production pieces this time around.

There’s no Diablo 4 release date set yet, so we’ll just have to wait to start decking out characters in Sanctuary’s hottest demon-slaying fashions.