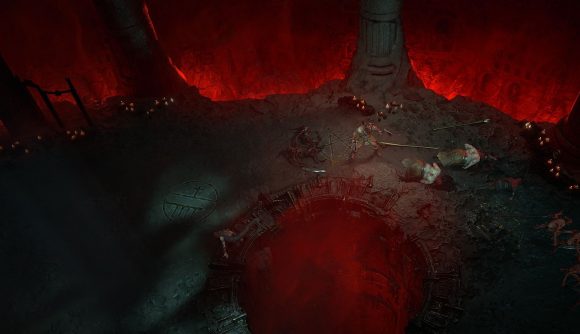 Work continues apace on Diablo 4, even as the team has been working from home over the past few months. Blizzard has just published a lengthy new blog that digs into the current state of Diablo 4’s development. While we’re still a long way off from seeing it on store shelves, the team was able to run a two-day internal playtest on a region called the Dry Steppes, and it illustrates some of the features we may be able to look forward to when Diablo 4 ships.

The Diablo 4 team blocked out the Dry Steppes region in preparation for a team-wide playtest. Everyone involved got the same build and played over the course of two days. The test covered some of the solo story content that we’ve all come to expect from older Diablo games, but it also tested out how Diablo 4’s new shared world will work and feel.

Game director Luis Barriga writes that a key factor in designing Diablo 4’s multiplayer has been to maintain the game’s sense of loneliness and menace. “We find the game stops feeling like Diablo and the world feels less dangerous when you see other players too often or in too high numbers,” he wrote.

The way Diablo 4 works now, you’ll only occasionally encounter other human players along the roads you travel. Important story moments, dungeons and the like, will always be handled locally and privately – so, you and your party, that’s it. 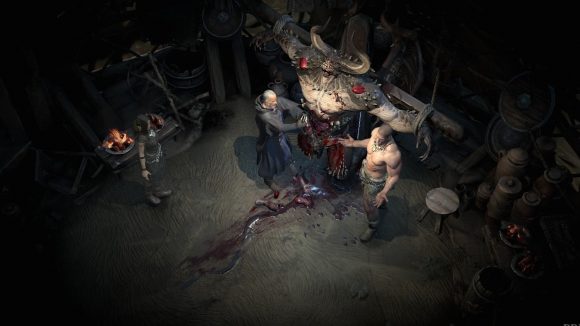 But, borrowing from other shared-world games, Diablo 4 will also have larger, more social multiplayer elements. Walk into a town, and you might discover players there running to the ramparts to defend against a demon invasion. You’ll be able to join these on the fly, collect a reward when it’s all over, and then wander off – all without having to join a party or resync with another player’s instance.

In our tests so far, the world feels alive and dynamic without compromising the feel of Diablo. “And for players that do want to party up against the minions of Hell,” Barriga said, “we have new tools available to find a group, whether by activity or proximity in the game world.” Those tools, we learned last year, may include cross-platform compatibility.

The whole post is worth a read if you’re interested in getting a peek into the Diablo 4 development process. Of course, this is a Blizzard game, so we don’t know when the Diablo 4 release date is yet. They’ll certainly let us know when it’s ready.