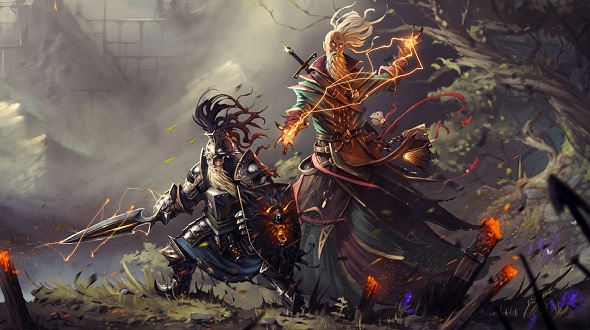 Larian Studios has teamed up with Black Screen Records to produce a limited pressing of Borislav Slavov’s Divinity: Original Sin 2 soundtrack on vinyl.

Find out why we thought Divinity: Original Sin 2 was one of the best games of 2017.

Each version is pressed on 180-gram vinyl, and mastered by RAMA Tonstudio’s Christian Bethge. You have your choice of a traditional black, gold, or red/black “demon-enriched” starburst pattern vinyl.

All of them include a digital download code for the soundtrack, as well as the piano score for the game’s main theme.

You can pick up a copy (and probably get it signed) at Larian’s booth at PAX East in Boston, or you can pre-order over on the Black Screen Records site. The records will be available in late April.