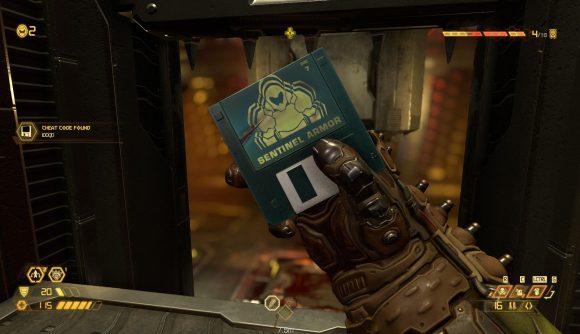 Doom Eternal’s first big update launched yesterday, and on PC that included a new Denuvo anti-cheat system. Little surprise to find that 24 hours later, the game has been review-bombed on Steam, as angry players express concerns over the kernel-mode driver that powers Denuvo’s anti-cheat.

“Get rid of the invasive software plaguing my good shooty game,” says Steam user Tiniest Conductor, who Steam says has played almost 29 hours’ worth of Doom Eternal. “The gameplay itself is great fun, roughly on the same level as Doom 2016,” writes Mordaq. “However, I can’t recommend this because of the anti-cheat that they decided to add in, that runs at kernel level.”

According to Denuvo’s launch-day blog on the anti-cheat system, the kernel mode driver launches when you launch Doom Eternal and closes when you exit the game for any reason. Denuvo also says the game is GDPR compliant, meaning it shouldn’t be allowed to collect any personally-identifying information from your system while it’s running. Denovo says the anti-cheat software doesn’t take screenshots or scan your file system, but instead it will “collect information on how the OS interacts with the game and send the information to Amazon-hosted servers for cheat detection.”

But granting ring 0 access to your operating system is a pretty big deal, and particularly after the kerfuffle with Riot’s always-on cheat detection system implemented in Valorant, many players haven’t found much consolation in Denuvo’s reassurances that it doesn’t want to do nefarious things with that access.

The patch launched May 14, and Doom Eternal racked up more than 1,200 negative reviews on Steam May 15 – and today is shaping up to look like more of the same.

The update also included new empowered demons – enemies who have killed other players and travel into your game. id has also made changes to Battlemode, adding a few quality of life enhancements and echelon leveling.