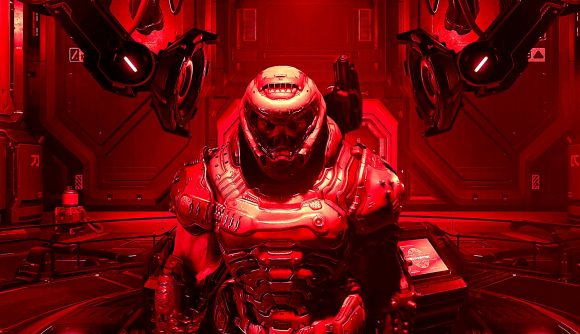 There’s a hotfix out for Doom Eternal that makes some tweaks to version 6.66 of the demon-infested FPS game. The patch notes run through a pretty standard list of crash fixes, tweaks, and other issues spotted by the Doom community, but they also note that the latest round of Nvidia graphics drivers seem to be causing some problems with Doom Eternal’s implementation of both ray-traced lighting effects and DLSS.

Both the 496.13 and 496.49 builds of Nvidia’s graphics drivers appear to cause performance and stability issues for Doom Eternal players using RTX cards while ray tracing and DLSS are enabled in the game. It’s unclear whether it’s an issue with the update or with the latest round of drivers, but id Software says Nvidia is aware of the issue and that both companies are on the hunt for a solution – although they’re having trouble reproducing the issue on their test setups.

Users on both Steam and Reddit have reported that the problem has disappeared when they switch chromatic aberration on and off in the graphics settings menu, but that may not work in most cases.

If you’re running into issues on PC, id says you can submit a crash report via the official Bethesda help forums, and that doing so will help the developers track down the issue. For the time being, there’s a temporary workaround: rolling your Nvidia drivers back to version 472.12. Bethesda has instructions on how to do that, too.