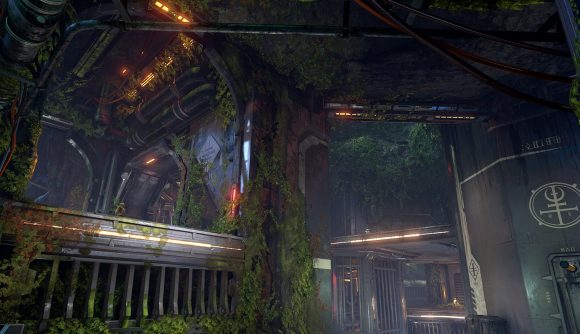 Doom Eternal’s second major update has arrived, bringing with it a new map for Battlemode, some ghostly new demon skins, as well as some new events to participate in. You’ll also find the usual list of minor fixes and improvements, all from a team that’s still working primarily from home.

The new map that arrives with the patch is called Torment, and it’s an overgrown, abandoned UAC outpost where the corporation used to experiment on massive titans. They’re still imprisoned within its walls, but don’t worry too much about that – you’ll mainly be concerned with staying alive long enough to kill the demons or Doom Slayer that’s hot on your tail. The update also adds the ability to create custom sets of keybinds for each demon in Battlemode.

Starting June 25 and running to July 2 is the new event Castle Grayscale. Bethesda and id are calling this a ‘mini-event,’ since it’s pretty short. On offer during this week-long event are desaturated skins for the Mancubus and Pain Elemental, as well as a new ‘vintage’ nameplate and some new profile icons. They’re all black and white, with a kind of Cuphead or Betty Boop vibe going on. 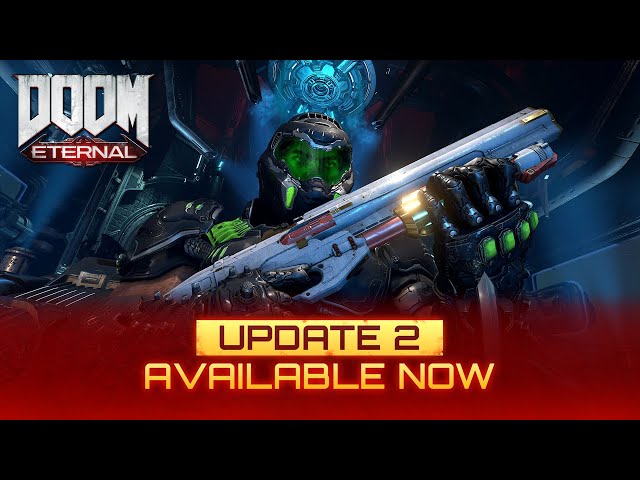 Castle Grayscale is really just the prelude to the next full-fat event, called Hack to the Future II. That’s set to run July 2-August 6, and it features another round of cool throwback looks for the game – eight profile icons, three nameplates, a classic Doom-style podium, and a super cool-looking retro master collection for the Revenant.

Doom Eternal’s events look like the battle pass-style seasons you see in other games, but there’s no pass to buy for these, and you earn ranks just by playing the game and earning experience points. It’s pretty straightforward: you play the game and occasionally have goodies thrown at you – which, when you think about it, is pretty much the optimal way to play games.

The patch also increases the number of empowered demons you’ll see in the Doom Eternal campaign, and you’ll no longer see player names displayed with the demons – just the name of the demon type (and not the demon’s given name, like Ethan the Arch-vile).

You can read more about Doom Eternal Update 2, as well as Castle Grayscale and Hack to the Future II events, over on the official Doom Eternal Slayer’s Club site.