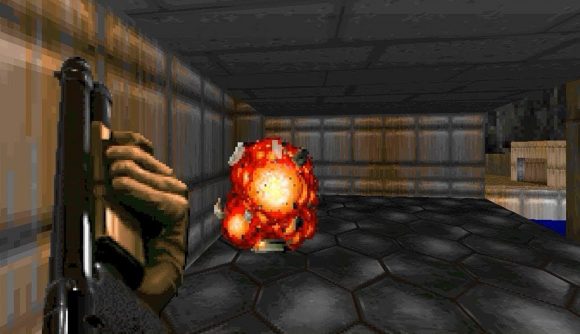 One of the co-creators of Doom, and co-founder of id Software, Tom Hall, has joined Swedish VR studio Resolution Games. As creative director of id Software during the early nineties, Hall oversaw some industry-defining games, and now he’s turning to the latest frontier in VR.

Courtesy of gamesindustry.biz, Hall is making his first major step into VR after a 30-plus year long career in various roles across the industry. Having only been on the periphery of the tech before now, he’s keen to see what VR can do going forward. “These are still the early days of what will become a fascinating technology woven into our lives,” he said in a statement. “I can’t wait to see what bold, fun experiences we can make together.”

Hall is a well-tenured developer to say the least. In his three decades thus far in the industry, he’s been involved in some beloved series. Wolfenstein 3D and Doom from id Software, moving onto Duke Nukem with 3D Realms, and then Deus Ex for Ion Storm, a studio he co-founded alongside fellow Doom alumnus John Romero. Resolution Games is an outfit based in Stockholm, Sweden, currently making Angry Birds spinoffs and more simplistic VR games based on fishing, cooking, and solitaire, and the like. Hall joins the studio as senior creative director.

The original Doom is one of the most enduring games ever made. The 1993 FPS game continues to be ported to just about everything, has an extremely dedicated modding community, and is still getting updates. A TV show is even in the works to tell the story of its development. If Tom Hall can bring some of the energy and ingenuity from that era to VR, we might see more games like Valve’s Half-Life: Alyx sooner rather than later.

If you want to see the best of VR at the moment, we have a list of the best VR games for your reading pleasure.