One crucial scene in Frank Herbert’s 1965 landmark sci-fi novel Dune involves a young Paul Atreides guzzling down a substance called ‘The Water of Life’ – a grandiose name for what is effectively psychedelic sandworm phlegm. It’s deadly poison to most, but those who survive it are granted prescience over time and space through genetic memory. Such prescience, we’re shown, is more often a crushing burden than an enviable power.

So, in the spirit of exploring potential timelines and possibly dooming mankind to years of bloody holy wars in which billions die: what would video games look like today if Dune was never written?

Luckily for me, the groundwork has already been set by Chris J Capel, whose excellent piece on Dune demonstrates how that 50-year-old novel remains the template for the entire RTS genre. I’m always dumbfounded when I’m reminded that videogames are such a young medium – we get to watch them evolve rapidly in real time. It seems impossible that a strategy game from 1992 cemented and popularised an entire genre. But it did.

The most fascinating facet of Dune II, though, is how deeply woven Frank Herbert’s fiction is with those foundational RTS genre tropes. “The resource must be gathered by any faction who wants to succeed. The spice must flow. Even the name ‘harvester’ for a resource gathering unit comes from Dune,” Capel writes. This template – one of evenly matched but differently specialised rival factions fighting to capture, protect, and exploit vital resources – is just as applicable to Herbert’s setting as it is to real-time strategy. 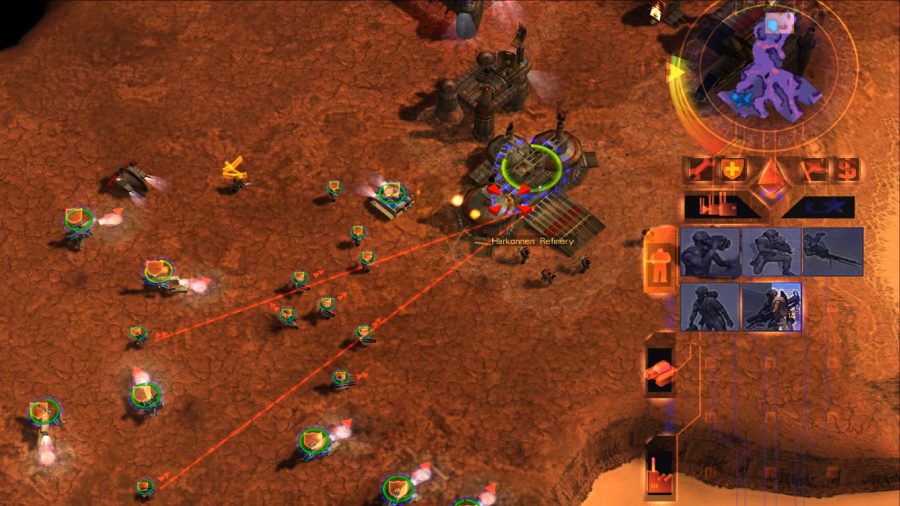 These are the same systems and motifs that would eventually lead to not just Warcraft and Starcraft, but also MOBAs. And then what about the enduring influence of World of Warcraft on MMORPGs?

Capel’s piece is measured, well researched, and factual. I, however, am an idiot. So I’d like to take things a step further. Here’s the take: without Dune, not only would the aforementioned genres look drastically different – so would the FPS.

H.R Giger had never been involved with the film industry when he was first approached by Chilean-French director Alejandro Jodorowsky. The filmmaker was introduced to the Swiss artist’s work by Salvador Dali and was immediately taken by what he would later refer to as an “ill art”. So Jodorowsky recruited Giger to conceptualise House Harkonnen’s aesthetic for his doomed film adaptation of Dune. Check out some of the artwork here. 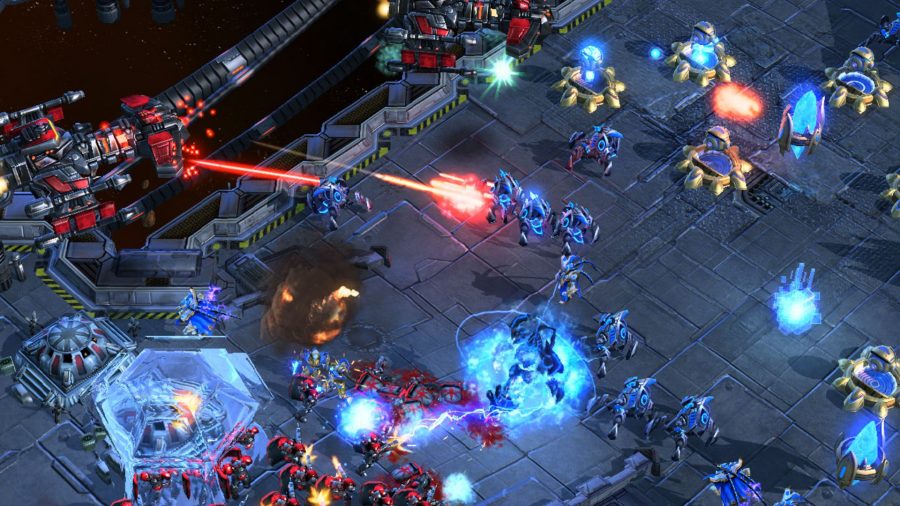 All of Giger’s art shares common themes and flourishes, but the elongated cranium here evokes both the enigmatic Space Jockey and the original Xenomorph. Prescient, too, are Giger’s segmented sandworms. When production on Jodorosky’s Dune came to a halt, visual effect supervisor Dan O’ Bannon ended up skint and sofa-surfing with a mate, Ronald Shusett. They wrote the screenplay for Alien together. O’Bannon, illustrator Chris Foss, Jean ‘Moebius’ Giraud, and H.R Giger – each involved in Jodorosky’s Dune – would all collaborate together on the Ridley Scott directed 1979 film. In many ways, the ashes of Jordorosky’s Dune provided the fertile ground Alien needed to flourish.

Perhaps Alien and its sequel’s most enduring legacy on gaming is the figure of the space marine. While the terminology dates as far back as Bob Olsen’s short story ‘Captain Brink of The Space Marines’, and certainly found its modern form in Heinlein’s Starship Troopers, it’s Aliens from which a fledgling id Software drew inspiration for gaming’s most venerable space marine, Doom Guy. I don’t need to get into Doom’s influence here.

Visually, of course, games owe a lot more to the Alien trilogy than just space marines: industrial, retro-futuristic architecture; automated gun turrets; hordes of encroaching foes; pulse rifles; motion trackers; ammo counters. Air vents? Not that any of these concepts are unique to Alien on their own, but the films combine them to create a distinct set of reference points that games have drawn on time and time again. 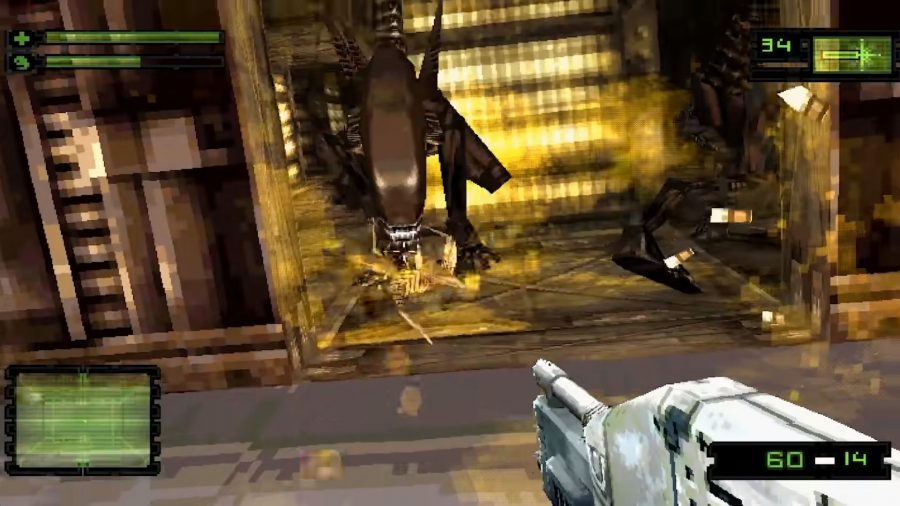 But Alien has another, stranger legacy too, and one you’ve certainly experienced if you’ve played an FPS using a gamepad. “The game’s control setup is its most terrifying element,” reads Gamespot’s now infamous review of the 2000 PS1 game, Alien: Resurrection. “The left analog stick moves you forward, back, and strafes right and left, while the right analog stick turns you and can be used to look up and down.”

I don’t mean to disparage the reviewer here, as I’m sure many at the time would have felt exactly the same way. Neither did Alien: Resurrection birth this dual-stick approach freshly formed from its egg sac. Medal of Honour and the PS1 version of Quake 2, both released the previous year and used similar controls. Goldeneye, too, featured a very similar alternate scheme. Still, to evoke the Butterfly Effect, it’s yet another gusty contribution to Dune’s sandstorm. 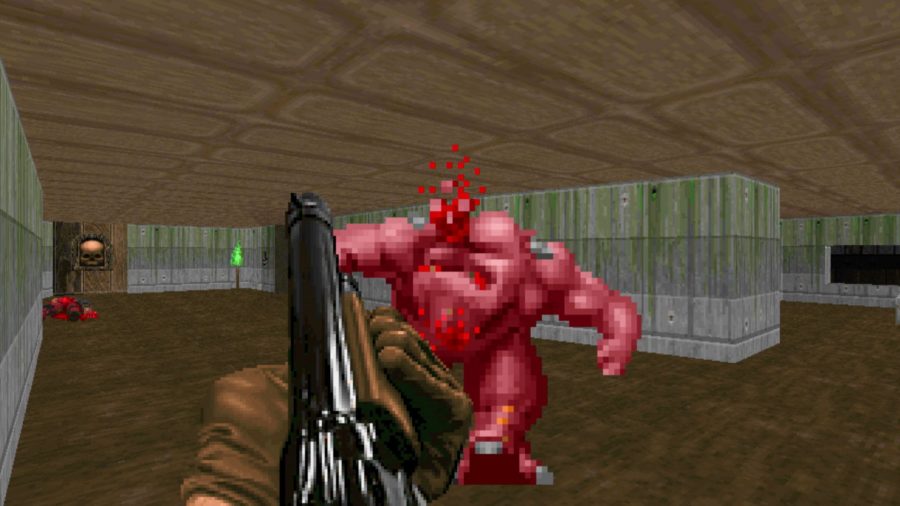 While landmark pieces of media can certainly act as tipping points, to attribute sea changes to single works is as reductive as attributing films or games to single directors. The medium’s evolution has always been, like Dune’s spice, a melange of different factors, influences, failed projects, uncredited contributors, wild ideas, and blind luck.

Similarly Dune’s spirit and message are untraceable. In Paul Atreides, Herbert conceptualised one of science fiction and fantasy’s most enduring antiheroes. ’60’s anti-war counterculture embraced Tolkien’s The Lord of the Rings, but some elements have always seemed at odds with this unexpected Hobbits-and-hippies love affair. Aragorn’s right-to-rule heritage and flatly heroic affect make him a distinctly counter-revolutionary figure, exactly the kind of unexamined, messianic propaganda poster made real that Paul’s story acts as an antithesis to.

All we need to do is take power from the people with the black armour and give it to the people with long, flowing hair and noble countenance, says The Lord of the Rings, and the world will sort itself out. Dune rejects this. Sure, the first book utilises the structure of a chosen hero’s journey, but taken together with its two sequels, it reveals Paul’s coup to result in tyrannical rule and genoicide on an unimaginable scale. 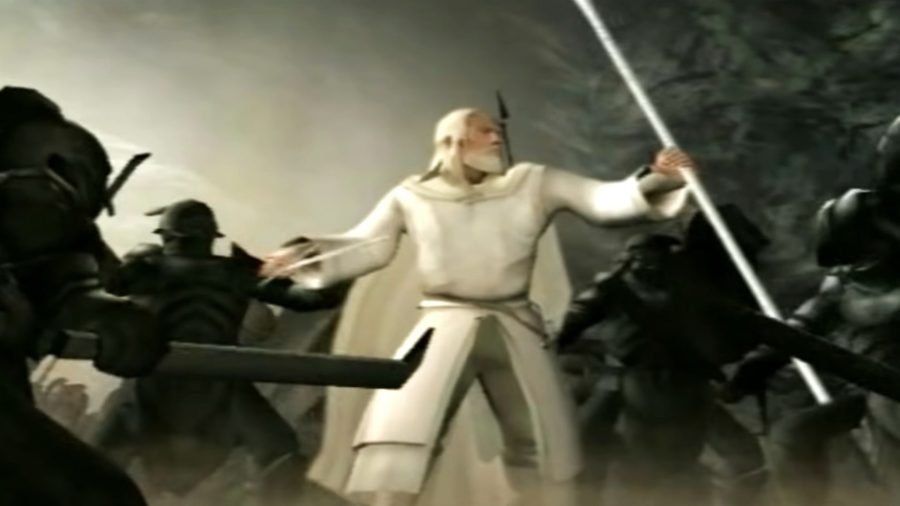 Herbert’s famous line about how charismatic leaders should come with a warning label – and how Dune is, fundamentally, an exploration of these ideas – remains far more culturally resonant than Tolkien’s comfy, unchallenging archetypes.

“Greatness is a transitory experience,” writes Frank Herbert in Dune. “It is never consistent. It depends in part upon the myth-making imagination of humankind. The person who experiences greatness must have a feeling for the myth he is in. He must reflect what is projected upon him. And he must have a strong sense of the sardonic. This is what uncouples him from belief in his own pretensions. The sardonic is all that permits him to move within himself. Without this quality, even occasional greatness will destroy a man.” 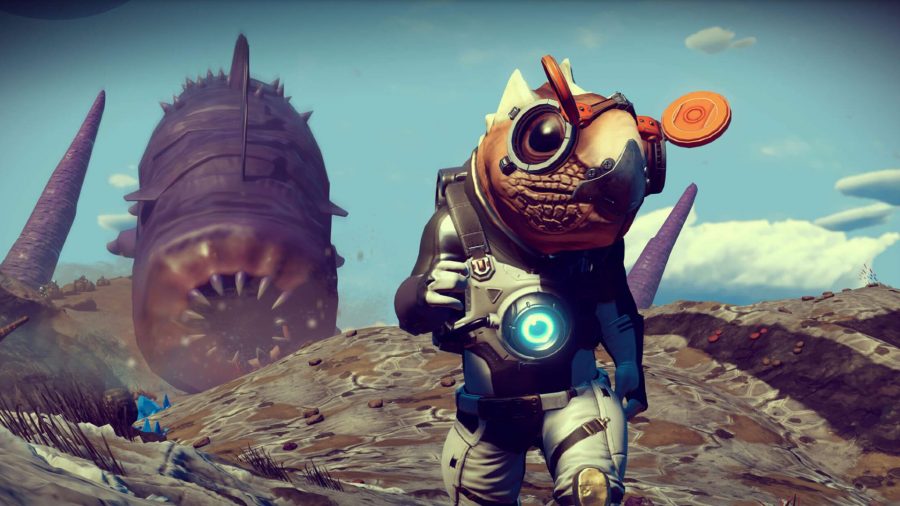 There is so much here that can be applied to the process of creating our stories through gameplay, and the unique phenomena of experiencing a story as both protagonist and observer. To be able to question, to reflect on, and to ridicule the actions of archetypal heroes, even as we carry those actions out in virtual spaces.

To explore moral quandaries and alternate paths like we’re peering into potential realities. Dune offers an incredibly profound exploration of the nuances – and indeed follies – of narrative heroism, and games wouldn’t be the same without its legacy.

No Sandworms in No Man’s Sky, either. I probably should have opened with that one, huh?