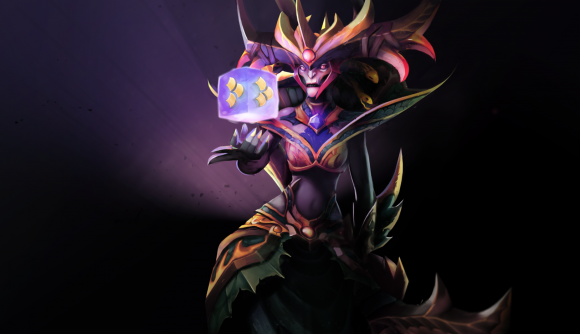 Ah, Underlords: just when you think you’re getting a handle on the meta, Valve goes and shakes up the auto chess formula. The latest update is a big one, adding a new hero classification and ‘contraptions,’ which are non-unit pieces you can place on the board to alter the way battles play out.

The new unit type is the ‘Ace’ unit. You’ll recognize aces, because they’re what used to be known as Tier 4 and 5 heroes. These are an even bigger deal now than they were, and they act as ‘capstone’ units to their particular alliance. Techies is now the ace for the Inventor alliance, for instance, and Troll Warlord is the ace for trolls.

In addition to their usual abilities, aces also confer a new ace effect that becomes active if you have at least one level of that alliance enabled. So for instance, Enigma is the ace for the Shaman alliance, and when he’s on the board, the Shaman alliance effects are extended to your entire army. Each one is different, and they all have potent uses when teamed up with the right heroes.

Contraptions are the other big change that’s arrived with the latest update. These are placeable items you can pick up during loot rounds. There’s a variety of them, and they include things like healing wards (which heal any unit standing adjacent to it) and stockade walls, which can protect squishier units from front-line attackers.

To sum up, it’s a fairly massive update for Dota Underlords, and one that’s guaranteed to have major impacts on the existing meta. It’s probably time to learn some new comps, as well as experiment with the new contraptions.

You can get caught up with what’s changed this month with our rundown on the latest Dota Underlords patch, and review the Underlords hero hierarchy with our handy unit guide.