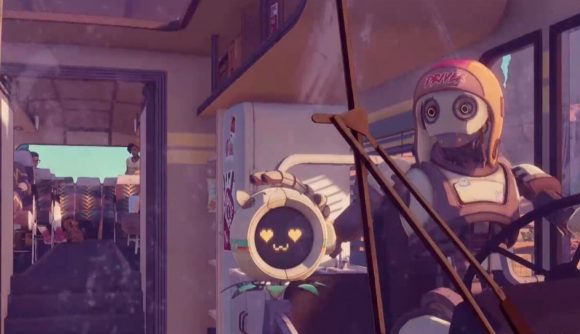 Dustborn, an action-adventure game about a rag-tag band of misfits from Red Thread Games has just been announced at the Future Game Show live conference. Details are a little sparse on what it’s all about just now, but it seems it features a road trip across America with a group of adventurers – oh, and some robots and friendship thrown in, too. It’s coming to PC and next-gen consoles in 2021.

Our merry band of adventurers is first seen heading down a highway somewhere in the American southwest in a bus, with a robot at the wheel. It’s not long before they encounter a squad of figures in official-looking uniforms and face-obscuring helmets on the road. They’re armed with futuristic rifles, and a military helicopter with twin rotors flies overhead. Trouble.

Dustborn is, according to the trailer, a game about road trips, ghosts, music, family, betrayal, civil war, and a host of other subjects. It’s done in a bright pastel comic book art style, and it looks as though it’ll be a mix of adventure, exploration, and abilities-based action.

Here’s that trailer for you to check out: 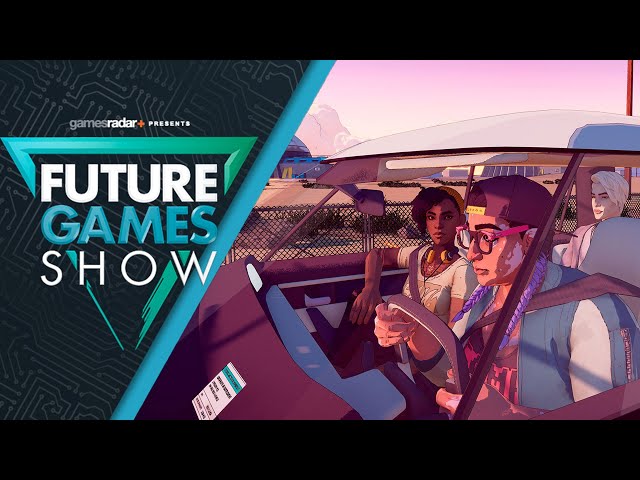 Based in Oslo, Red Thread Games is the developer of Dreamfall Chapters and Draugen.

Welcome to PCGamesN – your one-stop-shop for the best, fastest, and most thorough PC gaming news coverage for the latest E3-style events. We have staff in the UK and US who are working hard to bring you the best reporting on the internet on the biggest and most exciting announcements in this continuing summer of games. Do check around the site for more from the show, or dig into our Guerrilla Collective and Paradox Insider news roundup, PC Gaming Show news roundup, and Future Games Show news announcements roundup for all the highlights.

You can also follow us on Twitter (@PCGamesN) for an up-to-the-minute feed of all the latest announcements from the event. We’ll be tweeting each story as it breaks.