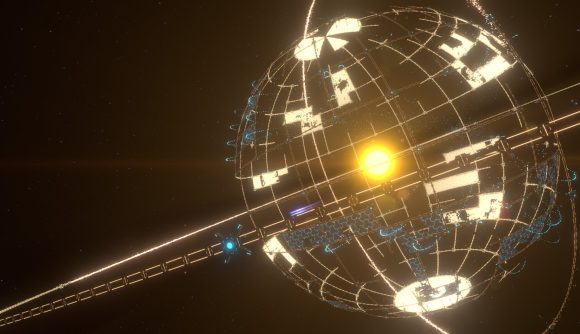 If you’ve played Factorio, you’ll have the basic idea for what’s going on in Dyson Sphere Program – it’s a game about harvesting, building, and then automating those processes. This time, however, the goal isn’t to simply leave the planet you’ve been stranded on. As the name suggests, Dyson Sphere Program is about building a megastructure that surrounds your solar system’s central star, harvesting its energy to help power humanity’s central industrial brain.

While the concept of a Dyson sphere was formalised by the prolific British-American theoretical physicist Freeman Dyson in a 1960 paper, the concept itself was first described by Olaf Stapledon in his 1937 science fiction novel Star Maker. Dyson spheres and Dyson rings have been popular in sci-fi ever since, and similar megastructures form the basis (and title) of the Halo franchise. Stellaris players will also be familiar with Dyson spheres. 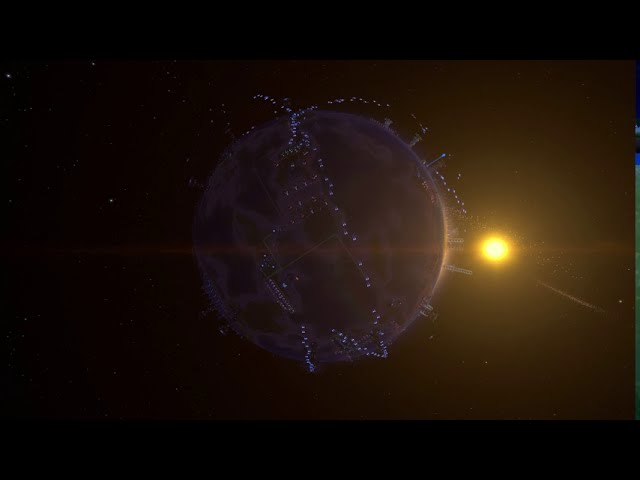 Since going on sale January 21, Dyson Sphere Program has seen a peak of 27,883 players – which is a very respectable figure for a crowdfunded game developed by a five-member team.

Youthcat Studio is based in Chongqing, China, so maybe see about dropping by if you’re playing Hitman 3. If you’re interested in Dyson Sphere Program, bear in mind that it’s still in Early Access – which means some of the tutorials and English translations aren’t finalised yet. But with the healthy player base the game has already fostered, you can expect to see plenty of YouTube tutorials to pop up in the coming weeks that will help smooth out the initial learning curve.