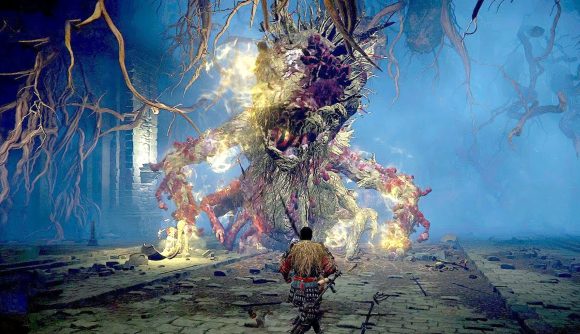 An Elden Ring secret hiding in the code for one of its toughest boss battles actually solves the seven-year-old mystery of the Dark Souls SnakeSoul boss – a Dark Souls III cut content boss that appears to have finally made an appearance in FromSoftware’s open-world game.

While looking into the files of Dark Souls III after it released in 2016, dataminers spotted the code for a Dark Souls cut boss named “SnakeSoul” – which would’ve been the guardian of the Untended Graves, in a different state.

According to well-known Soulslike game leaker and explorer ZullieTheWitch, a little digging into Elden Ring’s code reveals that one of the many optional Elden Ring bosses: Ulcerated Tree Spirit – which you can find in a few areas including Mt. Gelmir and deep below the opening area of the Fringefolk Hero’s Grave – is secretly Dark Souls III’s cut SnakeSoul boss, at least according to FromSoftware’s AI description. This is undoubtedly cool, as Dark Souls fans can now finally take on the never-before-seen creature – but it actually solves a Dark Souls III mystery, too.

One of the earliest leaked shots of Dark Souls III came from 2015, way before the game was even announced, and showed the player looking at the sunset – with a gigantic, shadowy, root-covered creature towering above the landscape.

This thing doesn’t appear in the final game, but as ZullieTheWitch reveals below, it bears a strong similarity to the Ulcerated Tree Spirit – so it seems like the “unseen” SnakeSoul boss was actually the mysterious monster from one of Dark Souls III’s first screenshots. A piece of cut Dark Souls content restored and a seven-year-old mystery solved, thanks to Elden Ring. 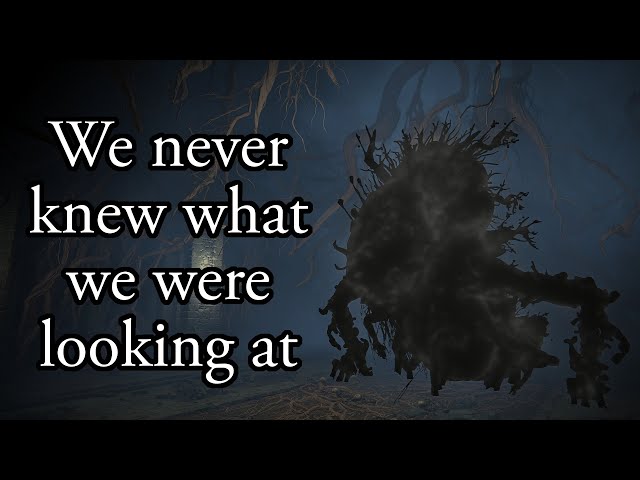 You can check out our chat with Zullie the Witch and how they became a Souls-borne legend at the link there.